SHEEP producers have been urged to lobby for the retention of the industry’s slaughter levy that could be investigated in a proposed Senate inquiry. 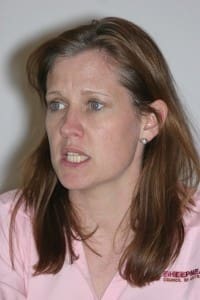 New South Wales Liberal Senator Bill Heffernan will tomorrow move a motion in parliament to call an inquiry into how agricultural research and marketing levies are used and collected.

The motion includes that the Rural and Regional Affairs and Transport References Committee undertake the inquiry and report by November 24 this year.

Australia’s sheep producers are currently levied a maximum of two percent of sale value, to a maximum of $1.50 for lambs and 20 cents for sheep with the funds directed to various industry bodies and projects for research, marketing and development.

“Those of you who have contact with federal members of parliament please urge them to support our levy system,” Dr Ferme said.

She said yesterday it was not certain that the inquiry would go ahead.

“But given the amount of interest that this has received over the last couple of weeks one would expect that it will probably go ahead.”

“We’ve got a world class levy system – it’s the envy of a lot of other countries.

“It’s world renowned as a gold standard or high quality system that is providing us with a lot of outcomes,” she said.

“It is healthy for us to continue to assess the levy and ensure that we are utilising it correctly, so we will be putting in a submission that shows the value of it to producer.”

Senator Heffernan said the motion was being to let “everyone who has got a view about levies have a crack”.

“Obviously the MLA inquiry showed up some issue which I can’t discuss because we haven’t put the report out yet.

“But just for completeness we thought well we better let everyone have a crack, because obviously there are all sorts of views in the industry,” he said.

“Some people would understand it is a bit like taxes; no-one wants to pay tax, but everyone wants to go to hospital if they get crook and not have to pay too much.”

Another reason for the inquiry was to ensure politicians don’t make decision that have unintended consequences, he said.

There was a case to be put for levies for research, development and marketing, but there had to be “equity in the spend”, Senator Heffernan said.

“You can’t meat processors doing up a chain and calling it research, when it is maintenance.

“It just gives everyone an opportunity, rather than whispering behind doors and sending lobbyists down here to hound one view or the other – get it all out in the open.”

The terms of reference for the inquiry to be proposed by Senator Heffernan include:

The industry structures and systems governing the disbursement of marketing and research and development (R&D) levies in the agricultural sector, with particular reference to: