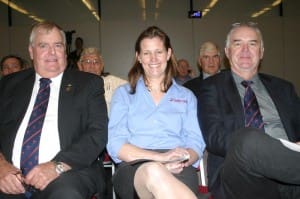 Australia’s sheepmeat leaders are happy with the current levy structure that funds MLA, though seemingly at odds with the direction of their beef counterparts.

In Sydney yesterday, while the beef bodies – the Cattle Council and the Australian Beef Association – were mooted to be aligned around producer control of levies – the new Sheepmeat Council of Australia president Jeff Murray was talking unity.

“I think the synergies around red meat are certainly all there.”

On Wednesday, Mr Murray, 64, was elected uncontested to replace NSW farmer Ian McColl. Today, before MLA held its 2014 AGM in Sydney, Mr Murray said he hoped the beef and sheepmeat bodies would be able to find a common levy framework to work under.

“Where we are currently has worked very well with the levies that the lamb and sheepmeat industries are paid, even though it might not have worked as well for the cattle industry,” he said.

No push from for more sheepmeat levy control

Mr Murray said the Sheepmeat Council has not had a push from any of its constituents towards industry restructure or greater control of levy funds.

“”We’ve worked well from within the system that we have now and have made it work.

“We’ve been pretty happy with the way everything has worked,” he said.

“That’s not saying there isn’t room for improvement in any model.”

Mr Murray said the next step was negotiation between the sheepmeat and beef bodies.

“I think at this stage we haven’t had that opportunity.

“Cattle have put their position out there and now it is up to us to talk with them and the goat industry and everyone else to get the best position for our industry.”

“We’ve really progressed and we’ve been able work throughout the supply chain with a really strong strategic plan to get some great achievements for the sheep industry.”

“On that basis we are always looking as to how we can refine and do things better, how we consult with producers better, but obviously if there is going to be a change to the way the structure and systems work, then we need to make sure any implications for the sheep industry are considered.”

MLA managing director Richard Norton said the industry needed to come up with a common position on the issue of levy structure.

“It is an interesting time for industry and I do believe that everyone wants the same outcome, but they just have different pathways on how they will get to where they want to be for industry.”

“MLA is an industry service provider and if MLA has the levy come through another stream and not directly from the Australian Government, then it will have to restructure itself to accommodate that, if it is the service-providing company in the future,” he said.

“But these changes could take two to three years, so MLA is completely focussed on redesigning its business to be more accountable to levy payers and that will be the focus for certainly the next two years.”

Mr Murray said he will step down from his role as the WAFF sheep and cattle committee chairman. He thanked outgoing Sheepmeat Council president Ian McColl for leaving the organisation in a strong position.

“We’ve got a big range of markets in front of us, both live and in the meat markets.

“We are in positive frame of mind and in a positive place in this industry currently.”

Mr Murray said the industry’s major issue was getting money back to the farmgate.

“There are that many opportunities out there at present and probably shortage of numbers will be the single biggest inhibiting factor in Australia currently.

“We have had strong grain prices so the alternate land use models are all out there of course.”

The industry’s challenges included making sure markets stayed open and the flock was rebuilt, he said.

Mr Murray said the sheepmeat industry’s position on a free trade agreement with China had consistently been to achieve a result similar to New Zealand, which involved a staged elimination of beef and sheepmeat tariffs. 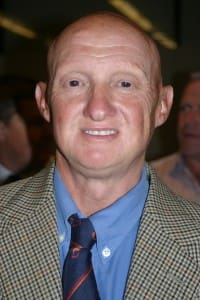 SA farmer Alexander MacLachlan was elected as vice-president of the Sheepmeat Council and another WA delegate, John Wallace, is “in the wings” to join the SCA board.