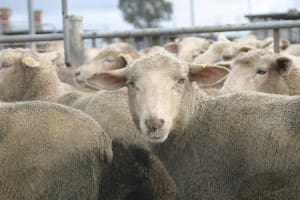 A NATIONAL sheep and goat traceability exercise has highlighted the need for all industry sectors to have greater awareness of the impact of exotic and endemic disease, residues and food safety on the industry and on market access.

The exercise was run using the same process as previous traceability exercises with 60 sheep and goats selected from various points in the production system, including saleyards and abattoirs. Information gathered in the exercise will be used to guide future improvements of the NLIS for sheep and goats.

It was carried out by SAFEMEAT, the state and territory departments of agriculture from all jurisdictions (except the NT) and Animal Health Australia.

An Agriculture Victoria spokesperson said full analysis of all the data collected for the Sheepcatcher II exercise is yet to be finalised and is being completed by Animal Health Australia.

However, when asked if the exercise highlighted any weak points in the NLIS for sheep and goats on farms, or in saleyards or abattoirs, the spokesperson said when a full analysis of all the data by Animal Health Australia is complete, “there will be an opportunity to look at this level of detail.”

“In relation to engagement from industry, Agriculture Victoria staff found a mixed response.

“Some were keen to provide whatever assistance necessary, others were not invested in providing assistance at all,” the spokesperson said.

“This highlights the need for all industry sectors along the supply chain to have greater awareness of not only the effect that an exotic disease will have on the industry and market access, but also what effect endemic disease, residues and food safety incidents will have.

“Ensuring integrity in traceability systems for all species must be a requirement for industry and government together,” the spokesperson said.

Animal Health Australia will now chair a Sheepcatcher II working group involving representation from industry peak bodies, the federal, state and territory governments. It will be the responsibility of this working group to analyse the results of Sheepcatcher II and then provide a report, with recommendations, the spokesperson said. This AHA-chaired group is yet to meet. Sheepcatcher II was the second traceability exercise to assess the NLIS (sheep and goats) since the implementation of NLIS in January 2006.

At the recent BestWool BestLamb conference in Bendigo, Victoria’s chief veterinary officer Dr Charles Milne estimated it might take more than 13 days for Victorian authorities to track 14 sheep in the Sheepcatcher II exercise.

He compared the tracing of the sheep with the tracking 300 cattle in Victoria after Japan temporarily banned live feeder and breeder cattle exports from Australia when some tested positive for Bovine Johne’s Disease.

“Within 24 hours we were able to trace every premises that those animals had been on — there were over 600 of them – and we knew the disease status of every one of those farms.

“At the same time, same day, funnily enough we started doing the Sheepcatcher II exercise to test how effective our sheep tracing is in Australia,” he said.

“Victoria was allocated 14 sheep, not 300, 14 sheep — we estimate it is going to take us over 13 days to trace those 14 sheep and we still won’t have the level of confidence that we have with those 300 cattle after 24 hours.

“That is a very real, current example.”