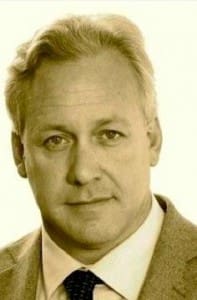 The Australian Wool Growers Association director and co-developer of the spray-on analgesic Tri-Solfen fears it might be illegal to shear sheep using current methods if new proposed standards are enforced by state governments in legislation.

But WoolProducers Australia president Richard Halliday disagreed and believed farmers can work within the new proposed Australian Animal Welfare Standards and Guidelines for Sheep, recently endorsed by the state and territory agriculture ministers and governments.

It is intended that the sheep standards and guidelines will be used by states and territories as a basis for relevant animal welfare law. Animal Health Australia said standards will be the legal requirements for livestock welfare, while guidelines are the recommended practices to achieve desirable livestock welfare outcomes.

However, during the preparation of the draft standards and guidelines, WoolProducers Australia and the Sheepmeat Council of Australia shared concerns that some standards clauses were too prescriptive.

“Yes, there were things that we didn’t get that we wanted and there is always a degree of compromise to get it to where we want it to be as far as a document goes.”

Sheep Central has been told both bodies last attended a Standards Reference Group meeting on the standards and guidelines in December, 2013, but had no further involvement while the document moved through a number of government-only committees over the last two years.

The sheep industry was told on January 28 that the standards and guidelines had been endorsed and it is now the responsibility of each state government to determine whether they will be enshrined in law. It is intended that the proposed standards will replace the existing Model Code of Practice for the Welfare of Animals – Sheep (‘the existing MCOP’) and other relevant existing standards, if and when endorsed by the Agriculture Ministers Forum (AGMIN). AHA said the standards are based on scientific knowledge, recommended industry practice and community expectations.

Of particular concern to wool and sheep meat producers are the handling and husbandry, and mulesing standards that they believe should have been guidelines, but are simply discounted as “not supported” in the Final sheep Decision Regulation Impact Statement prepared by AHA.

The WPA and SCA failed to have it stipulated only that “a person must handle sheep in a reasonable manner” as a standard, with all other clauses listed as guidelines. The sheep bodies also wanted some tail docking and sheep slaughter clauses either removed as standards or relegated to guideline status. The mulesing standard stipulates that a person must not mules sheep that are 6–12 months old without using appropriate pain relief.

Mr Olsson is concerned there could be potential animal rights issues if sheep were videoed being picked up by their legs, wool and horns during shearing, which is “not allowed” under the proposed standards.

“We let our grievances be known that we would not accept this, yet it still went ahead.”

On the issue of sheep over 6 months old receiving pain relief, Mr Olsson said it was difficult to identify lambs under six months of age in large flocks with long joining intervals.

Mr Olsson said the industry had done a good job promoting the use of pain relief via Tri-Solfen or not mulesing, but the proposed standards do not stipulate that pain relief must be used for lambs under 6 months of age. Associated guidelines state that mulesing should be accompanied by pain relief where practical and cost-effective methods are available, and that operators should seek advice on current pain minimisation strategies.

There is also no standards clause for the use of pain-relief on sheep cut during shearing. A wool harvesting guideline states that care should be taken when shearing and crutching to minimise cuts, and severe cuts should be treated at the first reasonable opportunity.

Mr Olsson said at least one processor Modiano and his customers had expressed their “severe disagreement” with the standards and guidelines with Federal Agriculture and Water Resources Minister Barnaby Joyce.

“Because they are going to have to wear the fact that not all sheep have to receive pain relief, only a minority of the flock.

“Our (wool) customers have said this is not acceptable and this has been disregarded by AHA and Barnaby,” he said.

“Nowhere has AHA actually asked our customers what they think.

“Wool has suffered enough over the last seven years when you look at the debacle over mulesing and PETA,” Mr Olsson said.

“We are finally getting back on track, wool prices are up, people are seeing there has been a large adoption of pain relief, there are people going to plain breech sheep and there has been good work by geneticists in breeding out the wrinkles and we get this own goal scored by these people, most of them who have nothing to do with the sheep industry.”

AHA claims there has been extensive consultation over the past three years with government agencies, researchers, industry and animal welfare organisations in the development of the proposed standards. But Mr Olsson believes there has been no “serious industry consultation”.

“There has been no plebiscite, no poll.”

Mr Olsson also questioned the authority of AHA to prepare the standards and guidelines on behalf of the sheep and wool industry.

No legal issues for sheep shearing

Mr Halliday, a former shearer, said he did not believe the standards and guidelines had the potential to create legal questions about the shearing of sheep with current methods.

“That was discussed in the process of writing the standards and guidelines – I brought that up, having been a shearer.”

He is “not so concerned” that the proposed standards could become enshrined in laws in each state.

“Because now it is up to each jurisdiction to make their decision and you have farmer organisations in every state which will deal with their jurisdiction in regards to where they fit.”

“We did what was required on behalf of a nation industry at the national level to write a document that industry could work with, knowing full well that once we had that it would go back to the states,” he said.

Based on his knowledge of conversations with South Australia’s Minister for Agriculture and his representatives in regards to the standards and guidelines, Mr Halliday said had no fears about the process in South Australia.

The Australian Animal Welfare Standards and Guidelines for Sheep