Sheep producers should be consulted and be allowed to vote on any changes to the levy system arising from a coming Senate inquiry, WoolProducers Australia president Geoff Fisken said today. 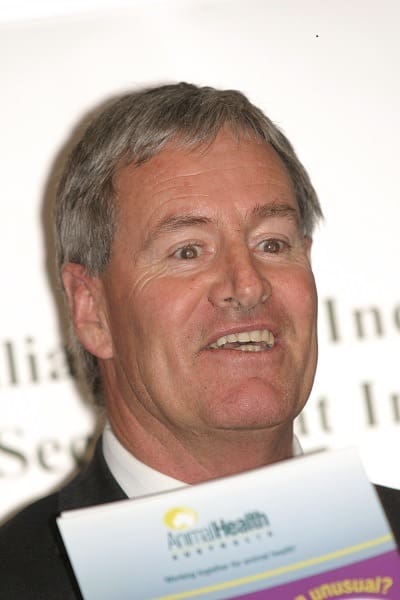 Mr Fisken said the peak representative body for the Australian wool industry welcomed the Senate Inquiry into Industry structures and systems governing the imposition of and disbursement of marketing and research and development (R&D) levies in the agricultural sector.

But he said WoolProducers Australia did not want any changes to the levy system to be imposed on producers by government without consultation or a vote by payers.

“We would expect that an Inquiry would deliver recommendations that ensures that these levies and the responsible structures oversighting their expenditure are operating in the most efficient manner possible.”

Wool producers currently pay two percent of their gross annual proceeds as a levy to fund the research, development and marketing body, Australian Wool Innovation. Australian sheep producers are also levied a maximum of two percent of sale value, up to $1.50 for lambs and to 20 cents for sheep with the funds directed to various industry bodies and projects for research, marketing and development.

“WPA strongly believes that the current Australian Agricultural R&D levy system is ‘world best practice’ and any changes to it must be in the best interest of, and agreed to by growers.” Mr Fisken said.

The terms of reference for the inquiry are far reaching and cover all aspects of the agricultural levy system and WPA believed this allowed for a variety of views to be heard, WPA said.

“The inquiry is an opportunity for growers to tell the government how they want their levies to be utilised and managed.

“We encourage all growers to participate,” Mr Fisken said.

A Department of Agriculture spokesperson said the current structure for the livestock slaughter levy — which applies to sheep, lambs and goats – and for the wool levy, is set out in legislation and associated regulations.

The structure includes what the levies are imposed on, the rates for each purpose (R&D and marketing), who is liable to pay the levy and the collection arrangements.

“In line with the Levy Principles and Guidelines, the government requires levy payers to be consulted on the levy structure.

“Any proposals to change a levy in any way that would impact on levy payers would require industry consultation,” the Department of Agriculture said.

“The government would expect a levy payer ballot for changes to what is leviable, the rates for each purpose and who pays.”

The Senate’s Rural and Regional Affairs and Transport References Committee will undertake the agricultural levy inquiry and report by November 24 this year.