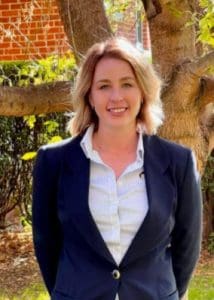 “This is the time to embrace a culture of collaboration between jurisdictions and across supply chains in order to protect and enhance Australia’s multi-billion dollar red-meat and livestock industries,” SPA acting chief executive officer Bonnie Skinner said.

Mr Littleproud said investing in strong traceability frameworks and systems could add up to $1 billion a year to the bottom line of Australian farmers.

“But we can make these systems stronger by bringing them together with a national approach,’ he said.

“It will bring industry groups, research bodies, state and territory bodies and governments and together,” Mr Littleproud said.

“We’re organising a National Traceability Summit so we can all share our ideas and map out how we can work to make the most of this multi-million dollar investment.

“The hub will be a way for government and industry groups to work together to create successful traceability projects that will deliver financial benefits to our farmers.”

Sheep Producers Australia said national traceability reform will ensure that livestock traceability can evolve and meet future biosecurity and market access requirements as well as unlock productivity gains throughout the supply chain, securing a strong future for sheep producers both domestically and within our global markets.

We know we produce some of the best produce in the world,” Ms Skinner said.

“By enhancing traceability and transparency at every step in the supply chain, we can make sure the rest of the world knows this as well.”

Sheep Producers Australia also thanked Minister Littleproud for his ongoing support of the sheep industry and broader agriculture industry and the ongoing commitment to a national approach to traceability.