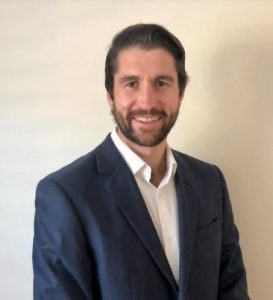 Mr Thomas was voted into one of two board director positions at the SPA annual general meeting yesterday. he is currently employed as Rabobank Australia rural manager at Wagga Wagga in New South Wales.

Sheep Producers Australia also re-appointed Dr Elizabeth Jackson for a second three-year term on the board and acknowledged the important role former director Ian McColl has played as he retired from the board.

SPA independent chairman Andrew Spencer said Mr Thomas is an agribusiness professional and has extensive experience in and knowledge of the sheep industry, and he understands the regulatory process and importance of policy.

“We welcome Ben’s appointment and look forward to working with him and his contribution to the board.”

Mr Thomas said he has been directly involved in the sheep industry for his entire professional career. He said he recognised the importance of strategic industry leadership.

“I am passionate about being involved as a board director of Sheep Producers Australia to continue to contribute to a prosperous and world leading industry within Australian agriculture.”

Outgoing SPA chair Chris Mirams said the board, staff and members thanked Ian for his time and contribution on the board.

“We welcome the re-appointment of Liz and feel the board is well placed with the new independent chair Andrew Spencer to undertake the next big pieces of work, including leading improvements to our national livestock traceability system and completing a review of sheep transaction levies.

“The Australian sheep industry has a very bright future.”