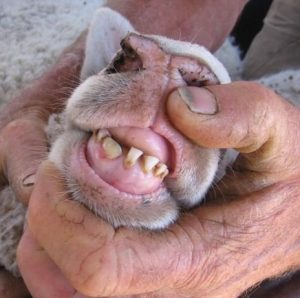 Have you had your say on the proposed lamb definition change?

SHEEP Producers Australia is extending the deadline for producers and supply chain members to provide feedback on the proposed lamb definition change by a week to Wednesday December 6 2017.

The initial feedback period was due to finish tomorrow, but some state farming organisations in Tasmania, New South Wales and South Australia are yet to formally respond to a lamb definition consultation paper distributed by SPA.

SPA started an eight-week public consultation process last month to determine whether the definition of lamb should be changed to allow the eruption of permanent incisors, but without either incisor being in wear, consistent with the New Zealand criteria.

SPA president Allan Piggott said there had been only about 200 online surveys submitted and a handful of direct submissions made to independent project consultant Holmes Sackett.

“The Lamb Definition Consultation Paper was released last month and a process outlined for all state members of SPA and sheep producers to have their say through an online survey or by direct submission to Holmes Sackett.

“This process was set in place by the former Sheepmeat Council of Australia Board and will be followed through by the new SPA board,” Mr Piggott said.

“Given SPA knows the differences in opinion on the issue among our state members, we had been expecting more feedback through this agreed consultation process.

“All producers and supply chain members can visit the Sheep Producers Australia website to read the information or watch a recently recorded Making More From Sheep webinar and then have their say by Wednesday December 6,” he said.

Mr Piggott said it was important state members and producers lodged their opinion through the agreed consultation process to ensure Holmes Sackett captured their input in the final report that would be provided to the SPA board.

“We urge state members and individual producers to put their case forward either for or against the change and all feedback generated through the submission process will be considered by the board.”

The lamb definition consultation is part of the broader ‘Fit for Purpose Language Program’ being undertaken by SPA. The program aims to enable the introduction of meat and livestock specification language that strengthens the connection between consumer price signals and on-farm decision-making. Enhanced alignment will assist in producers being paid for the product attributes that consumers value most at the dinner table. Access to the survey and direct submission link can be found online at www.sheepproducers.com.au/lamb-definition

A recording of the Making More from Sheep webinar by independent project consultant Sandy McEachern, Holmes Sackett, on the proposed changes to the definition of lamb can be found online at http://www.makingmorefromsheep.com.au/webinars.