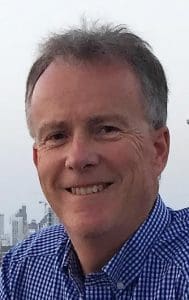 SHEEP Producers Australia has announced the departure today of its first chief executive officer, Graham Smith, after he served just 15 months in the position.

Mr Smith is leaving the peak sheep meat producer body after it reported a deficit of $386,812 for the 2018/19 year, although SPA chair Chris Mirams has claimed the CEO’s departure is not related to SPA’s financial situation.

“No, it’s not…it’s just a transition within the business that we’ve been working on and planning for.

“That’s probably the most professional thing for me to say, that’s what we’ve been working towards and that’s where we are up to.”

The former CEO of New Zealand’s Federated Farmers started with SPA in late August last year and Mr Mirams said he has contributed significantly to SPA’s role in the development of Red Meat 2030 and the Red Meat Memorandum of Understanding, live sheep export and a range of policy issues in 2019. SPA policy director Stephen Crisp will step in as interim CEO from Monday December 2.

Mr Mirams would not say why Mr Smith was departing, whether he was leaving prematurely for some reason or had resigned or been sacked, apart from saying he is “a highly entrepreneurial, highly skilled chap, and we’ve agreed to part ways.” He would not disclose how much Mr Smith was paid during his time at SPA.

“We always knew that Graham was a short-term, rather than a long-term…he has done some things that have been really great for SPA and he has taken the opportunity to do some other great things for someone else,” Mr Mirams said.

Mr Mirams said Mr Smith was not employed under a “closed end” contract.

“I guess when you’ve got a chap like Graham who is highly skilled and highly entrepreneurial, we knew that we weren’t going to have Graham forever.” 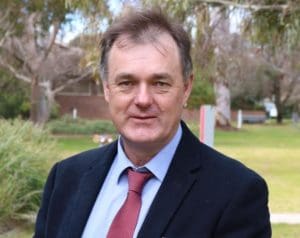 “Most of our income comes from service level agreements, particularly with Meat & Livestock Australia, Animal Health Australia and the National Residue Survey.

“These things are lumpy, we had a great three-year capacity agreement with MLA and as you know MLA is under increased scrutiny at Senate Estimates about passing levy funds onto the peak industry councils.

SPA’s 2018/19 financial record show payments to suppliers and employees as totalling $2,015,874 and employee benefits expenses as $997,262, with other major expense items including meeting and travel expenses of $330,482 and consultancy fees of $232,264. Mr Mirams said SPA had run lots of policy workshops with policy group and board member travel expenses.

Rather than attempt to reduce some its larger expense items on the SPA balance sheet, Mr Mirams said the best way to maintain financial security of the peak industries as a whole is to work through the MOU review.

“Reducing services is not something on our agenda at all, we’ve still got all of our policy officers, we’ve got a tremendous board and we want to do exactly what we are doing, and increasing income is the answer rather than reducing services to a secure successful peak industry council.”

In his annual report Mr Mirams wrote that one of the major risks facing SPA is the funding of its operations.

“The board has invested significant time and money in upgrading our financial management systems, risk management and board and operational policies and is actively exploring new ways to create a secure diversified income stream,” he reported.

Mr Mirams said a small amount of SPA’s income comes from membership fees, plus from the RMAC disbursement fund and projects managed for MLA, AHA and NRS.

“We are looking at doing more projects with MLA, AHA and NRS and expanding into identifying really clearly with industry where the gaps and benefits of investment are, and what other projects we can continue to do.

“We’ve been in discussions with those groups and others for quite some time and it’s has been very much Graham’s role when he came to SPA to start developing those business streams – that’s why we hired such an entrepreneurial-type chap.”

Mr Mirams thanked Graham for his dedication to the organisation, its members and the wider sheep industry over the past 15 months.

“Graham came to SPA from New Zealand’s Federated Farmers with extensive experience in food and agriculture and we thank him for the assistance he has provided to the organisation and the board as the first CEO we appointed.

“He has contributed significantly to SPA’s role in the development of Red Meat 2030 and the Red Meat Memorandum of Understanding, live sheep export and a range of policy issues during 2019,” Mr Mirams said.

“The SPA board wishes Graham all the best in his future endeavours.”

Mr Mirams said during 2019, SPA had engaged widely with stakeholders through a number of strategy sessions and workshops to provide leadership to the sheep industry, enabling a productive, profitable and sustainable future.

“We will continue this strategic work as we develop and implement a range of new initiatives to further strengthen the industry and proactively support our key stakeholders.”

Mr Smith could not be contacted.