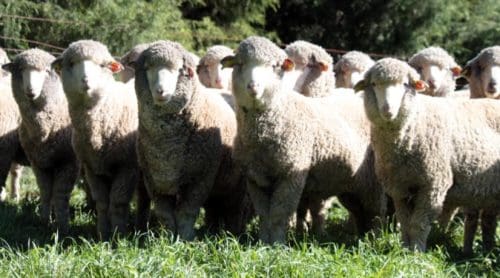 The taskforce has the job of facilitating the mandatory EID sheep and goat system’s implementation by the aspirational start date of 1 January 2025.

Mr Cullen said the priority of the taskforce is about meeting the implementation timeframe the Agricultural Ministers’ Meeting announced after its last meeting on 9 September.

The date for full implementation has been set for December 2026, he said.

“The period from 2025 to 2026 is about making sure the system is robust and it works, and if there is anything to be ironed out.”

Mr Cullen admitted there are still some details to be sorted out in regards to what the 1 January 2025 implementation date will mean, and for respective states.

“There are still some details to be sorted out.

“All jurisdictions are at various stages and we want a harmonised national system, and that’s not going to be an easy task,” he said.

“The Ministers have made the decision and we are going to try to do it within that timeframe and we recognise that there are going to be some states where some of that is going to be a bit problematic.”

Mr Cullen said the taskforce has had one introductory meeting and he was unable to answer exactly what implementation would look like; whether it would mean the entire national sheep/goat flock would be fully or partially EID-tagged by 1 January 2025.

“My job is to facilitate the discussion so that we work to meet those deadlines.

“The target’s there, so what we’ve got to do is work through those issues to make sure we can meet that target,” he said.

“We need to get as much of that detail sorted out as quickly as possible, but what’s not going to happen is a steamroller comes and tells everyone what they’re going to do.”

Mr Cullen appreciates that tag manufacturers and sheep and goat producers across Australia need to know as soon as possible when electronic tags will need to be in animals’ ears, and especially for animals retained in coming years.

He said the issue of electronic tags is at the forefront of people’s minds.

“We do need to be able to say to people what’s going to happen and coming into Spring lambing, people want to know.”

Victoria is the only state with a mandatory EID system for sheep and goats, but Mr Cullen said most other states already have in place teams of people who have been equipped to start the implementation process.

“So there is a lot of stuff going on behind the scenes to make sure we can answer your questions as soon as possible and every time we come together we have to have some sort of communique to ensure we keep people up to date.”

Mr Cullen said the taskforce would be working through the five SAFEMEAT recommendations on improving the national livestock traceability system, including funding and cost-sharing options, government and industry contributions, national NLIS infrastructure and harmonisation of business rules.

He said each State would need to do its own legislation to underpin the national mandatory EID system and for some jurisdictions this may include some form of regulatory impact statement.

“But I’m open to being challenged on everything at the moment, only in the sense that we don’t need to be walking into meetings with fixed ideas.

“We’ve got to be open and transparent about what we are talking about,” he said.

“But it’s going to have to happen quickly because those deadlines are rushing at us pretty quickly.”

“Government, industry stakeholders and producers must work collaboratively to develop and implement a national system that works for everyone throughout the supply chain.

“The government-industry Sheep and Goat Traceability Taskforce, of which Sheep Producers Australia is a member, has been established under the National Biosecurity Committee to jointly design a harmonised and fit-for-purpose implementation approach (as per Communique).”

She said appropriate cost sharing arrangements for the establishment and maintenance of the national system need to be agreed to by industry and government and are crucial to the successful implementation of a national harmonised system.

“There needs to be commitment and support for truly national traceability system throughout the supply chain.

“Broad whole-of-system traceability reform, of which individual electronic identification is a vital component, will provide a viable opportunity for the sheep industry to strengthen traceability for biosecurity, food safety, emergency response, and for supporting trade and market access requirements,” she said.

“Effective traceability relies inherently national consistency because we trade as a nation, and the simple reality is that disease does not respect jurisdictional boundaries.

“Application of consistent standards and legislation across states will be critical to the reform process,” Ms Skinner said.

Ms Skinner said work on detailed costing analysis will be progressed under the Sheep and Goat Traceability Taskforce.