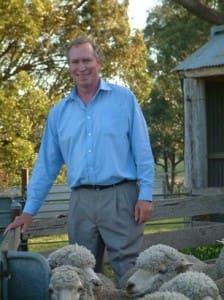 Gene mutations can prevent an embryo from fully forming and therefore reduce conception rates in a flock.

“We expect a similar impact of whole-genome sequence data for the Australian sheep breeds through the Sheep CRC extension.”

The Sheep CRC will work with the Dairy Futures CRC, applying the lessons it learned when obtaining similar findings from the full genome sequencing of a select herd of 250 dairy bulls.

Between 250 and 500 rams from the Industry Resource Flock will be tested, providing new data for a range of genetic traits which will contribute over coming years to enhanced accuracy in breeding values.

“Having a large range of traits already available to us from the Sheep CRC’s Information Nucleus research really does improve our ability to track down the variants in the sequence that can cause the differences between animals for a number of traits,” Dr Daetwyler said.

“This has also been demonstrated in dairy cattle data and it bodes well that the industry’s investment in trait recording will be relevant for many years to come.”

The Sheep CRC said full sequence genotype testing of a select research flock hoped to deliver significant improvements to the reproductive performance of the national ewe flock through the identification of lethal genetic mutations.
Sheep CRC chief executive James Rowe said the genomic sequencing research would enable breeders to remove rams carrying high-risk genes from their breeding programs and thereby breed the recessive gene out of their flock make up.

“An embryo carrying a double recessive gene will not fully form, and as a result breeders do not ever see progeny on the ground with this gene combination – they are often none the wiser as to the true cause of lower conception rates in their ewe flock,” Professor Rowe said.

“A DNA test identifying sheep with potentially lethal gene mutations would allow breeders to intervene early and join their ewe flock with a more appropriate ram. This could lead to a five per cent increase in reproductive efficiency.”

The Sheep CRC is a collaboration of 38 Participants from industry, government and the commercial sector. It is working to increase the productivity and profitability of the industry through adoption of new technologies in both the meat and wool supply chains.