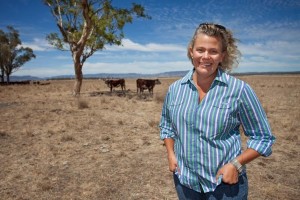 State farmer bodies have welcomed a federal decision against the mandatory national introduction of electronic identification for sheep and goats.

But sheepmeat, wool and stock agent bodies have sought clarification on Federal Agriculture Minister Barnaby Joyce’s statement, that included state governments making necessary improvements to the National Livestock identification System for sheep and goats by building on the systems already in place.

“National enhancement of the current mob-based system as endorsed by the Agriculture Ministers’ Forum is by far the most sensible outcome and I’m very pleased with this result,” he said.

But Mr Joyce also said each jurisdiction will aim for improved traceability, either by enhancing the current mob-based system or by introducing electronic identification ear tags.

“Victoria welcomes the release of the Decision RIS, and we strongly endorse the agreement for States and Territories to enhance traceability to ensure the 98 per cent and 95 per cent targets are met,” Mr Walsh said.

At the federal AgMin forum this week it was agreed that the ABARES DRIS be released and that the State and Territory governments will make necessary improvements to the NLIS, either by enhancing the current mob based system or by introducing EID, based on analysis of the initial traceability and implementation costs in their jurisdiction.

The states have agreed to achieve 98 per cent short-run traceability and 95 per cent long-run traceability through ongoing monitoring, with business rules being reviewed to ensure performance standards are met.

The ministers also agreed the costs and benefits of transitioning to an Electronic identification (EID) system will be reviewed within four years. Sheep Central believes most of the States and Territories wanted a shorter review period, but this was overruled by the chairman.

The bodies representing the national sheep and goat supply-chain are seeking further clarification on the future of the NLIS following Mr Joyce’s announcement.

A joint statement from wool and sheepmeat producers, and stock agents, said the sheep and goat industry supply-chain continues its strong and united support for the current mob-based system, which was demonstrated during the public consultation where fewer than 5% of submissions supported mandatory electronic identification (EID).

The industry bodies said the current NLIS system is cost-effective, well-accepted by industry and has demonstrated it can meet national traceability performance standards.

“The current system is a national approach committed to by all jurisdictions however Minister Joyce’s statement seems to indicate that individual states can either enhance the current mob-based system or implement mandatory electronic identification, which clearly is not a national approach.

“The sheep and goat industries are extremely disappointed that they were not included in further consultation or provided a copy of the Decision RIS before this decision was made,” they said.

The WA Farmers Federation said Western Australia’s leading agricultural advocacy group welcomed the announcement that mandatory electronic tagging of sheep and goats will not be adopted.

“The existing system of identification and traceability is well accepted and the introduction of mandatory electronic identification is not commercially viable,” WAFarmers Meat Section president Jeff Murray said.

“It is our opinion that improvements to the traceability of animals can be made via appropriate education and extension programs rather than forcing a costly system onto producers who may not have the capability to implement it.

“We look forward to working with the State government to improve traceability in the current mob-based system while also reducing red tape for producers,” he said.

“It is immensely pleasing to see Australia’s agriculture ministers in joint agreement on an outcome that will improve traceability while ensuring that there is no further regulation or cost imposed on livestock producers,” she said.

NSW Farmers is strongly supportive of any appropriate measures that are able to improve the traceability and biosecurity outcomes for Australia’s livestock.

“However, in the case of electronic ear tags, the impracticalities of implementing such a system would have far outweighed any perceived benefits for NSW Farmers’ members and livestock producers across Australia.

“The existing mob based system in NSW has been clearly shown to exceed the National Livestock Traceability Performance standards (NLTPS).”

The Victorian Farmers Federation Livestock president Ian Feldtmann said he hoped any decision by the state government on the issue would be made with a great deal of consultation with the industry.

“It’s important that a national approach be taken because we are a national industry.”

Mr Feldtmann said the VFF supported the NLIS mob-based system and did not support mandating EID tags for sheep and goats.

“We encourage people to use them if they see benefits for their own production systems.”