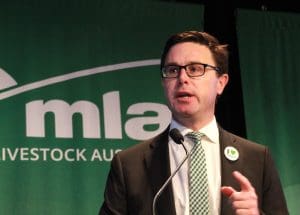 The nation’s peak wool and sheep bodies have welcomed the new National deputy leader’s return as Minister for Agriculture after the departure of predecessor Bridget McKenzie from the Coalition’s front bench over the sports grant controversy.

On Tuesday, former agriculture minister Bridget McKenzie stood down over her handling of a $100 million pre-election sports grants scandal.

Littleproud has a good understanding of ag issues – WPA 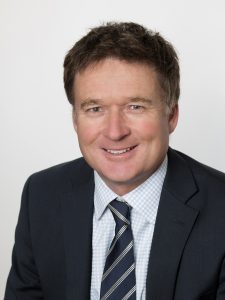 Mr Storey said a key area that Mr Littleproud was heavily involved in with WPA was the EY Review of Australian Wool Innovation’s performance and governance, which involved 82 recommendations that are yet to be fully implemented.

“He understands we want to get that finished up this year and he has always expressed a key interest in all 82 recommendations being implemented.”

Mr Littleproud was believed to be supportive of AWI instituting a 10-year tenure for directors as per the EY Review, but Mr Storey remained very confident the industry can get reach consensus agreement with AWI on the issue this year.

“But we are very cognisant that last time the minister was very keen to see all these things implemented and that was a key one.”

Mr Storey said WPA also wanted to see AWI’s Statutory Funding Agreement with the Federal Government renegotiated and aligned with the company’s strategic plan cycle, and adhered to by both signatories.

“So he has a good understanding of the current issues facing many many wool growers across Australia at the moment.

“He is cognisant that in the short term they are some of the biggest challenges the industry faces and we welcome the knowledge and skillset that he brings from working in those areas.”

Mr Storey s there was a lot going on in agriculture at the moment, including the RDC Review, the Red Meat MOU Review, the re-negotiation of AWI’s Statutory Funding Agreement with the Federal Government and live export reform

“He has a good knowledge in these areas a keen interest, so we welcome that because it will require some over-arching thinking about how all these things interact with each other to get outcomes that absolutely deliver for levy payers for the long-term.”

AWI to work with Littleproud for great outcomes for growers

“AWI enjoyed a strong working relationship with Mr Littleproud when he held this crucial portfolio previously.

“He is a knowledgeable and passionate advocate for regional communities,” Mr McCullough said.

“AWI looks forward to working closely with Mr Littleproud  to continue to deliver great outcomes for wool growers across Australia.”

“SPA has always worked well with Minister Littleproud, particularly through revising the regulations on the live export trade.

“Minister Littleproud has already taken a keen interest in recovering from the bushfires and drought,” he said.

“SPA looks forward to working with the Minister on re-building the sheep flock and ensuring we can fulfil our industry goals.”