INCREASED productivity at Australia’s container ports is achievable and could save businesses and consumers $605 million each year, according to a Productivity Commission report released this week.

The inquiry was launched in 2021 under the title ‘Australia’s Maritime Logistics System’, and was tasked to review the long-term structural issues affecting the productivity of Australia’s maritime logistics system, including infrastructure constraints, technology uptake shortfalls and industrial relations issues.

The inquiry’s final report, Lifting productivity at Australia’s container ports: between water, wharf and warehouse, recommended the Federal Government consider a series of reforms in order to make substantial improvements to the maritime logistics system.

Key recommendations centred on ways to address key concerns around lack of competition in parts of the supply chain and disruptions from protracted industrial relations action. It also found that infrastructure requirements were being addressed both via container port operators with system investments and governments via funding towards rail and road projects.

“Use of market power is a problem,” Mr King said in a statement.

“Truck drivers have to pay whatever price the terminal operator demands to pick up or drop off a container.

“The shipping lines choose the terminals so they should pay these charges.” 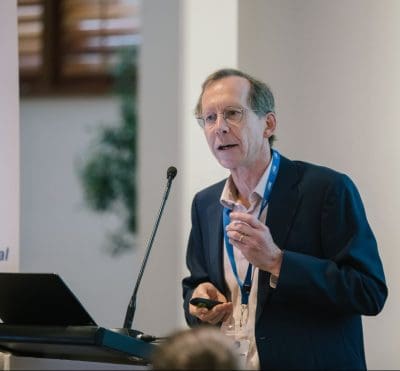 To address this issue, the inquiry recommended that a mandatory industry code should be developed and administered by the Australian Competition and Consumer Commission which would have powers to investigate landside fee increases and reject changes if considered unreasonable.

The report also recommended that shipping contracts should no longer be exempt from provisions under Australian Consumer Law.

It also advised the government to repel Part X, a provision which allows shipping lines to make agreements on rates, vessel sharing and scheduling, that might otherwise breach competition laws.

In a submission to the inquiry, Grain Trade Australia (GTA) and other export-orientated bodies backed both the competition reforms and the recommendation to repeal Part X.

The organisation said the lack of constraints on fees charged by container-terminal operators to the transport industry has resulted in a substantial increase in existing fees or the introduction of new fees.

“These increased fees have led to a disproportionate impact on the grain industry because of the high volume and relatively low value nature of grain,” the submission said.

“GTA and [Australian Grain Exporters Council] members have been immensely frustrated by a lack of ability by the shipping lines to maintain schedules and to deliver appropriate notification when changes occur.”

“GrainGrowers strongly supports the…recommendation 6.2 to regulate terminal charges so that they can only be charged to shipping lines and not to transport operators,” the submission said.

“[F]armers and other transport operators cannot choose which stevedore they deliver to, removing competition between stevedores on terminal charges pricing.”

GrainGrowers said “high-volume, low-price exports such as grain” are more impacted by price changes than other commodities or products and the current system risk making Australian exports uncompetitive.

“The Federal Government should not interfere with price setting as we need foreign-owned shipping lines to continue to be incentivised to service Australian trade in a free and open market,” FTA director and APSA secretariat Paul Zalai said.

“Like the Commission, we do however question whether shipping-line vessel-sharing arrangements should continue to be protected and exempt from competition laws faced by others in Australian commerce.”

Mr Zalai said the organisations also had concerns about implementing a mandatory code.

“The proposed mandatory code will undoubtedly be an improvement to the current regime but will be less effective than simply allowing market forces to take effect.

“Shipping lines are best placed to keep a lid on prices charged by their commercial suppliers.” “We have a number of issues with the ports, in particular Port Botany, and the three stevedores operating at Port Botany,” the processor said.

“As a rail operator, we have seen minimal improvements to rail productivity (lifts per hour) at these terminals.

“As a rural exporter, these increases in TACs increase the export cost for grain and meat products, and ultimately is passed onto the primary producers,” the exporter said.

“Any increases in terminal access charges, need a direct correlation to measurable efficiency gains or infrastructure investment, rather than the current flat fee to access port terminals.”

“Regulating notice periods need to be introduced to the following practices within the ports and stevedores;

These need to be regulated to assist us and other exporters in particular to be able to manage our supply chain and assist us to run our business at the highest level of efficiency. Instead of the current situation which we are dealing with which is a constant moving target.

“Should shipping lines require compensation for poor quayside performance, causing congestion as it has in the past three years, this should be re-couped direct from their contracted stevedore rather than the imposition of “congestion” surcharges onto customers like us as exporters who are not only feeling the effect of the congestion in our supply chain but then being penalised for it.”

Fletcher International Exports also agreed there needed to be a change to the Part X (10) of the Competition and Consumer Act 2010 (CCA).

“Fletcher International Exports and our regional customers have lost opportunities, experienced significant financial and operational disruptions and lack of access at time due to the inefficiencies and issues at the port.”

Alongside competition reform, the Commission recommended changes to the Fair Work Act which would both reduce protracted enterprise bargaining and eliminate terms in agreements that put excessive constraints on workplace arrangements.

GrainGrowers was supportive of these recommendations and endorsed any changes that would reduce industrial action at ports.

“GrainGrowers is deeply concerned about the detrimental impact protracted industrial action has had on port productivity.

“It is critical industrial relations arrangements are managed to ensure goods can be imported and exported through the most appropriate port, avoiding delays and increased costs.”

The Maritime Union of Australia (MUA) has refused to accept the findings of the report, arguing that the Commission unfairly blamed Australia’s supply-chain crisis on its members.

“The impact of waterfront workers demanding fair pay, safety at work and job security is inconsequential compared to international shipping price rises of up to 1000pc and almost a decade of underinvestment in road and rail infrastructure connecting our seaports with Australian domestic supply chains,” MUA national secretary Paddy Crumlin said in a statement.

Mr Crumlin also questioned the independence of the review, commenced by the former Federal Government, and called it a ” targeted, political attack on the MUA by Scott Morrison”.

The release of the final report comes after the draft findings were published in September 2022.

This was followed by several public hearings, with over 60 submissions received from industry members on the draft report.

Approximately 11pc or 4.2 million tonnes (Mt) of all grain exports were containerised in 2020-21.

The system is especially important for pulses, such as, chickpeas and lentils and also offers access to customers that cannot financially or logistically accommodate bulk shipments.

Despite recent trials with break bulk shipments, the vast majority of cotton is shipped overseas in containers.