AUSTRALIA’S peak shearing contractor body is continuing a 15pc shearer rate and industry wage increase trial until a review later in the year, when New Zealand-based workers might be able to return.

Most members of the Shearing Contractors Association of Australia, and especially in New South Wales, adopted a 15pc pay rate increases to help them attract and retain staff from 1 February to 30 March this year.

SCAA secretary Jason Letchford said the body’s committee decided last week there would be no end date on the trial.

“In summary, continue on as is, is the message.”

Mr Letchford said the issue would be discussed at the body’s annual general meeting in late May, reviewed in line with the national minimum wage increase decision at the end of June. He said the worker supply and demand would also be reassessed when the New Zealand’s busy shearing season finishes in May.

“The biggest single area of impact will be from New Zealand’s seasonal workers coming across (to Australia).

“Will the (15pc shearing) price rise be a more attractive proposition to them this year than in other years and what will be the COVID restrictions to getting back in here?”

He said the general feedback to the trial in New South Wales has been positive, though “competitive tension” in South Australia limited adoption straight away, but was becoming the award. He said no one in Tasmania is paying above the award and in south-east SA and western Victoria – “fat lamb central” – workers were not asking for a pay increase.

“It has definitely alleviated the auction system for loyal workers and it has eliminated the FOMO – the fear of missing out on greater rates – because if you are getting the $3.72 (award shearing plus 15pc) you are getting super on top of that, you are over $4 with super, compared to the social media rates of $4, or even stud rates of $4.06.

“The general feedback is it has created stability.”

He said many areas have gone straight to $4 for shearing Merinos and most experienced shed hands are getting $70-$75 a run, while advocating that learner rates be as per the award, to differentiate and reward experienced workers.

“We haven’t done that well in a shed staff environment before.

“Those experienced shed hands would always carry leaners, well now they are getting a $10/run differential (payment) per run, which they are worth.” 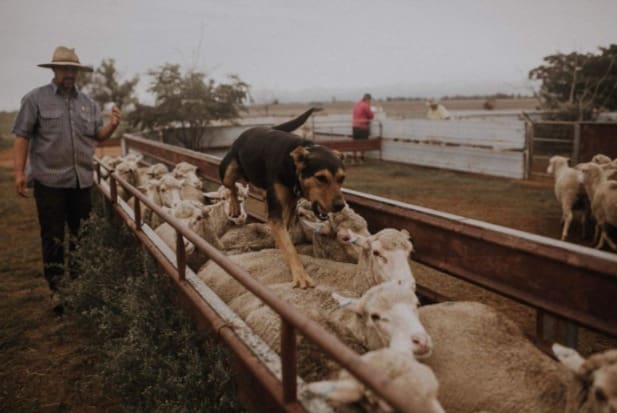 However, one New South Wales contractor Dayne West at Dubbo believes the trial has not worked and he believes workers – shearers, shedhands, pressers and cooks — should be benchmarked and paid on key performance indicators such as quality, reliability and loyalty.

“Then on the likes of my run, where I am paying up to $4 a head up at Dubbo just to get shearers and I’m still getting guys not turning up on time…

He believes a KPI-based system could include production bonuses for individual workers, for shearers doing a quality job on more sheep and wool handlers meeting quality and performance standards, such as stated pieces percentages and competently handling more wool per run.

Such a KPI system could also apply to flock owners, with their contract rate based on shed and accommodation facilities, worker safety and even sheep weight and presentation.

“It’s not a silver bullet, there is a lot of work in it, but we’ve got to have something that is more accountable, paying money does not fix everything.

“Up here in New South Wales where we were already charging $4 a head, instead of the $3.25, just to get someone to shear them — even over in Western Australia last year I’m hearing of $5-$6 for big sheep that are cutting 14 kilograms – so it has been out there for a while.”

He also heard of South Australian producers paying $4.50-$5 cash to shear crossbred lambs “and there were guys leaving Brewarrina to get down there for it.”

Mr West said one shearer able to do 70 sheep a run had told him the $4 rate meant he would be able to shear fewer days in a year to achieve his normal income goal.

Mr West outlined a scenario where a reliable quality shearer would be paid a base rate for sheep – say $3.57 (10pc above the award rate) plus an extra percentage – say 20pc — if the sheep weighed more than 70kgs.

“I would put someone on as an operations manager to do an AuctionsPlus-type assessment – to weigh 10pc – and they are averaging 70kgs – the rate is then 20pc on top, so now they are $3.90, and we still haven’t hit the $4 I’m currently on across the board at the moment.”

Employees could be paid premiums on a base rate based on work quality and reliability, and if the flock owner did not provide running water, toilets and other facilities for workers, then the contract rate would be adjusted accordingly.

“That farmer needs to be incentivised to go out and do it.

“We are going to a fixed location, why do we have to have portable toilets, let alone a drop dunny these days?”

Mr West said the shearing industry had to look at how other businesses treated their workers and the amenities that that were provided. He quoted the case of a relative who as a boilermaker was paid a base weekly wage, and also had production bonuses and extra for turning up and finishing on time.

“That was in the 1980s, we are four decades behind the railways with their apprentices and Australia rode on the sheep’s back?

“But at the moment here in Australia, there is only about a few dollars a run difference between someone who has no experience — $59 a run — and someone who is experienced over 65 days, they get $61 a run.

“What is the incentive to carry that person for $2 a run $1 an hour?

He said the ability of a good wool handlers to correctly differentiate fleece wool and pieces from other oddments would make money for a wool grower.

“Currently up here in New South Wales we are paying (wool handlers and shearers) 15-20pc more than what the award is.

Mr West said the SCAA trial 15pc rise has attracted shearers into the state, but it has not kept all of them on the job, with some still leaving NSW to go south to other jobs. He believed this could be avoided through a KPI system that included a retention bonus based on loyalty. The trial has also not improved wool handler loyalty, he said.

Market wants to keep it simple

Mr Letchford said the shearing industry labour market is not ready for complicating rates around prescribed rates according to type, size and weight of sheep, and remote conditions, although there was an appreciation of the difference between shearing Merinos versus crossbreds.

“Anybody I asked about it said ‘you’ve just got to keep it simple’.

“Complicating things is not what the market is looking for, based on the feedback (to me).”

Mr Letchford said contractors should be explicit in the standards and wage rates in contracts required of employees, including pay based on performance, and especially if this involved operating outside award rates and conditions.