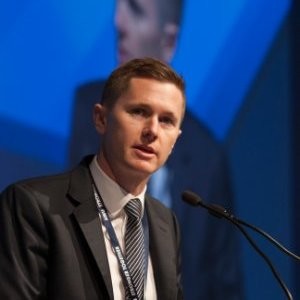 AN AUSTRALIAN Workers Union claim the new Ag Visa scheme will be used by unscrupulous employers to cut wages has been rejected by the nation’s peak shearing contractors body.

The AWU today said an email from the Shearing Contractors Association of Australia confirmed its fears that the Ag Visa scheme will flood regional Australia with poorly paid foreign workers at the expense of local jobs, especially among young women.

AWU national secretary Dan Walton said the email is proof that the SCAA, in cahoots with the National Farmers Federation, is basically saying: “Let’s get in on the chance for cheap labour.”

However, SCAA secretary Jason Letchford said the email only aimed to inform its members about the process and terms of accessing ag visa workers from ASEAN countries, expected to arrive over summer. This included the initial employment of the workers via labour hire companies at award rates, plus additional LH company costs.

In the email, Mr Letchford envisages members “accessing some of the 700 ‘Non-skilled’ workers from an ASEAN country (most likely Indonesia but that is to be confirmed) who will arrive over summer”.

“The workers will be paid Shed Hand Award wages (not the higher rates),” he wrote.

“This is not the only opportunity to engage overseas workers, just the first opportunity.

“Once the system is established, it’s likely you can engage the workers directly and therefore at a lower cost.”

Mr Walton today indicated that the email showed that what the AWU feared; that the ag visa will simply be used as a way for unscrupulous employers to cut wages and conditions, is now happening.

“This email is just like an order form: How many cheap workers do you want?

“Put in your request now so you can pay them a much lower rate,” Mr Walton said.

However, Mr Letchford today told Sheep Central that the industry needed the AWU to maintain wages and conditions for the industry’s workers, but has deliberately misquoted him and misinterpreted his use of the words “at a lower cost.”

“What they (the union) have omitted is that the workers will be paid award wages and then it will cost employers an additional $5-$10 an hour more due to labour hire company costs.

“We have to hire them through an authorised Federal Government-sanctioned employer organisation that will follow the rules and that is very important,” he said.

“And therefore it will cost about 15-20pc more than if a contractor actually directly engaged one of these workers without going through a labour hire company.”

Mr Letchford said the award wage plus labour hire company costs would put an ag visa worker’s total cost to a shearing contractor at slightly more than the SCAA-recommended rate which is about 15pc above the current award.

“We have recommended that workers should get paid more, not less, to keep them in the industry.

Mr Letchford said it was mischievous of the AWU to suggest that employing ag visa workers at rates not including labour hire company costs at a later date amounted to an effort to cut worker wages to below-award levels.

“That’s completely mischievous and offensive to all the employers in the industry.

“The objective here is to replace the workforce that has disappeared,” he said.

He agreed that the demand for shearing industry workers now meant that ag visa workers free of labour hire company costs at a later date would be paid at above award rates.

“We are just conveying the information to the industry.”

New South Wales shed hand Stef Mackey said more than 80 percent of the nation’s roustabouts are young women and she believed the ag visas would not only take jobs from young Australians in regional towns with high unemployment, but would also target young women and deny them a foot in the door of the shearing industry.

“And every single shearer on our team started out rousting, so if they don’t get that opportunity because it’s no longer there, we’ll soon run out of shearers.”

Mr Walton said he cannot see how the Federal Government, the National Farmers Federation and the SCAA could justify claims of a shearing industry labour shortage.

“What shortage? We have had two years of pandemic, wool prices are up, total wool production is up and the flock was shorn, even though they said it couldn’t possibly be done without overseas workers,” he said.

However, Mr Letchford said: “If there were Australian workers in country towns willing and available to take jobs in the industry, why do we have a genuine labour shortage of shed hands and shearers?”

Mr Letchford said the pastoral care, accommodation and travel costs involved in employing overseas labour were higher than for domestic workers that needed to be recouped later on.

“Why would they be going to that effort and cost if there were local workers available?

“It is completely unrealistic to make that accusation.”

Mr Letchford said there needed to be a structure where the unskilled ag visa workers could be trained as shearers. But he said the visas are only for nine months and the workers are ineligible to become shearers under the current scheme because shearing is classed as a skilled occupation.

“So this (ag visa scheme) is a stopgap measure at best.

“The best solution is for shearing contractors to employ locals,” he said.