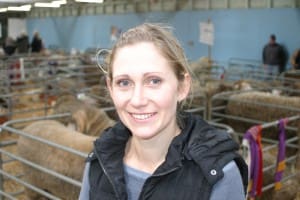 Shearing contractors are working on a code of practice or conduct for shearers with an animal welfare component in the wake of the PETA shearing cruelty video release.

Shearing Contractors Association of Australia secretary Jason Letchford said a code of practice or conduct was “on the table” for discussion in coming meetings with Australian Wool Innovation, WoolProducers of Australia and other industry bodies.

“And I have spoken with WoolProducers about effectively certifying shearers so that there is a standard and a code that is set, up to the point where they almost get licensed to operate like in the building trade; where they need certain things like a green card which is about health and safety issues, through to animal welfare.

Mr Letchford said the industry also needed to eliminate drugs as “a possible source of a problem in the future” and is now very serious about finding a solution to drug testing of shearers.

The distance between sheds and the high testing costs has inhibited legitimate drug-testing of shearers impractical, he said.

“Whereas now I think the industry is going to have to start copping those costs and the headaches associated with it, because the perception is that we have got to pull up our socks.”

Many SCAA members had available to them a code of conduct form that had been updated to include drugs and animal welfare, he said.

“What we’ve seen is a given or commonsense approach, but that is not acceptable anymore.

“We really want to make everyone accountable from what training they receive to their understanding of work place requirements, rather than having a presumption that people know and understand what is required of them when it comes to shearing a sheep.”

Mr Letchford said it was too early to tell if the PETA campaign had affected the image of shearers.

“I think it is very early days, but in the medium to long term it could have a negative effect.

“Up until this campaign I don’t think we have ever had the broader media outside of agriculture ever thinking negative of a shearer; they’ve always been laconic hard-working people that we have always admired for their spirit.

“This is, to my knowledge, the first real tainting of the shearer’s profile.”

Mr Letchford agreed with Ballarat-based shearing contractor Emma Morvell that the impact of the PETA campaign could be positive.

“I think it could have a positive effect, because it might weed out the rougher shearers, opening up new positions for better shearers.”

She said shearers in her teams were not worried about being filmed, because they were “doing the right thing” and the PETA campaign could also force graziers and contractors to make their workers more responsible in sheds. Ms Morvell has invited PETA to observe her workers in sheds, but has not received a reply. Drugs were not an issue with her workers, but she was investigating the practicalities of drug testing.

“All our staff sign a policy with us, with drug and animal cruelty clauses, and we don’t put up with it.”

A recent Federal Government assessment of job prospects in shearing stated that job openings were expected to be low, but with steady employment of existing shearers, into 2018. Mr Letchford said job prospects and demand for shearers would follow changes in the sheep flock in the medium to long term. He agreed with the government that about 90 per cent of shearers worked full-time or around 40 weeks in a year. Good shearers can work all year round, but need to travel to other regions, he said. Ms Morvell said there was plenty of shearing work available for shearers in central Victoria and year-round work for those prepared to travel into other regions or interstate.