A CONCERTED effort to refurbish 150km of exclusion fencing combined with a consistent wild dog baiting program has enabled the nation’s largest sheep station to turn the corner in profitability.

The fence fell into disrepair over the past decade, resulting in incursions of hundreds of wild dogs taking an enormous financial and livestock toll on the station, prompting current manager Jimmy Wood to develop a plan of staged refurbishment and best practice monitoring and baiting.

In 2019, drought and wild dog predation had resulted in lamb marking percentages falling to an unviable 3 percent and 50,000 sheep shorn.

“That definitely put us in the red and was probably one of the biggest losses in a flock anywhere in Australia,” he said.

“In the last three years we have accounted for 120 wild dogs (confirmed kills) inside the netting plus an unknown number controlled by baiting.”

With lessons learnt on consistent fence maintenance, Rawlinna embarked on a fencing project in 2020 worth more than $1 million to refurbish 150km of the existing 400km dog fence enclosing the station.

To top it off, Jimmy plans to complete another 20km of lapping this year on the eastern boundary. He grew up on Rawlinna, saying wild dog numbers were low in the 1990s but exploded in the past decade.

“In 2018, dog sightings within the station were common and lambings were down to 55 percent despite coming off the back of a decade of good years and a record start to the season,” he said.

“In June 2020 staff walked the eastern and western netting (110km each side) plus 90km of the southern netting and found 60 large holes and 120 smaller holes. You might as well have left the gates open.”

A 1.5m high prefabricated fence was clipped on this existing 90km of dog fence originally built in the 1960s. Fencing contractor Doug Brown and his team took eight months to complete the project. 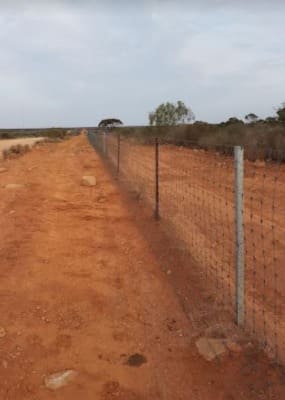 Simultaneously, 25km of prefabricated black poly coated lapping was laid on the southern dog fence (600mm high chicken wire) along with a major fortification of the south-western and south-eastern corners to counteract kangaroo pressure.

Another 35km of hinge joint mesh was used as a lapping to replace the bottom 500mm of the existing dog fence.

“Getting the wild dogs out has been the single biggest thing that has made Rawlinna viable again,” Jimmy said. 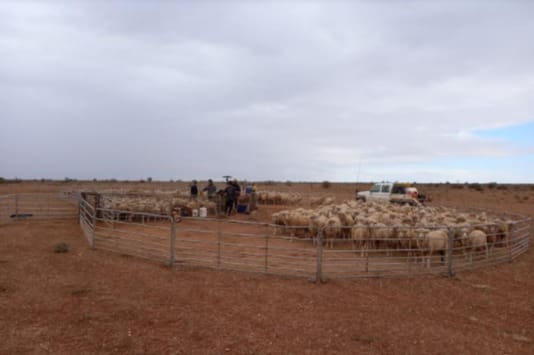 Jimmy said the mismothering, stress on the sheep and bite marks had almost disappeared.

“If you have a station the scale of Rawlinna and the infrastructure, the only way you can do it is with a wild dog-free environment.

“We have had a few incursions since we sealed up but have fortified those and are working through the weakest parts of the existing fence.”

Rawlinna maintains a baiting presence inside and outside the fence and has camera traps to detect wild dog activity.

“With the expansion of exclusion fencing for vertebrate pest control across the country, the experiences from Rawlinna demonstrate that becoming complacent with fence maintenance and wild dog control outside of fences impacts can come back to bite you even harder than before,” Mr Mifsud said.

“Exclusion fencing requires considerable ongoing management to prevent incursions of wild dogs and other pests, and providing ongoing support for coordinated management programs for wild dogs outside of fenced areas is essential to keep wild dog numbers down if there is a break in the fence.”