JUST a few short years ago, the extreme lack of service kill access in beef processing plants across Australia was raised during the Senate Inquiry investigations into beef processing.

Rightly or wrongly, the view of some was that lack of access to service killing facilities was hampering the development of new independent beef supply chains across the nation. 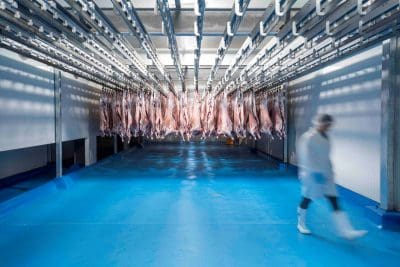 Scroll forward to today, and potential service kill customers can take their pick of dozens of beef plants across eastern Australia prepared to deliver a fee-for-service to slaughter, bone and pack meat for customers.

Beef Central has asked around the beef processing industry and come up with some surprising statistics about the current extent of service kill in the beef industry.

Evidence suggests that somewhere between a quarter and a third of all slaughter cattle in Australia are in fact being processed for service kill customers.

The practice – where a meatworks owner-operator is paid a fee (see discussion on current rates below) to kill and bone beef for another supply chain – is far more widespread than what many might expect. And the practise is now clearly much less concentrated than it was a few years ago.

While detailed individual statistics are hard to obtain for confidentiality reasons, the consensus among senior industry people spoken to for this report suggested that service kill might currently account for as much as 30,000 to 35,000 head each week. Compare this with last week’s national adult cattle kill of only around 93,000 head.

Beyond Woolworths’ and Coles’ national kills accounting for somewhere between 15,000 and 20,000 head of yearling cattle each week, there are at least another 10-15 supply chains that each account for around 400-500 head each week (in several cases, more). Not included are numerous smaller service kills, mostly targeting the domestic market in carcase or carton form.

Very quickly, 30,000 head (i.e. around 30pc of last week’s national beef kill) does not look beyond reach for Australian beef service kills. Overlay the figure over a more representative long-term weekly average national kill around 140,000 head, and the service kill figure still represents around 22pc of the total.

A marriage of convenience

Given the atmosphere of extreme cattle shortage since the Australian drought broke in mid 2020, many processors have fallen over themselves in offering and providing service kill to customers, to help keep their businesses functioning. Combined with that, has been the desperate need to keep processing staff employed, to avoid leakage and permanent loss to other industries.

In several cases, large export beef plants which have not previously offered service kills have accepted toll-processing business in the past few years. Good examples are Bindaree Beef near Inverell, and Teys Beenleigh, now processing cattle for Woolworths. But there are literally dozens of others. Teys’ major competitor JBS provides a service kill at its Beef City grainfed facility in southern Queensland, and has processed for both Coles and Woolworths at its Brooklyn facility in Victoria for years.

Stanbroke Beef near Grantham in southern Queensland supplements its own kill with service delivery for others, including AA Co, which also gets cattle killed at Beef City. At one point some years ago, AA Co was using four separate service kill providers.

One of the largest non-supermarket service kills in Australia is carried out by G&K O’Connor in Victoria, which processes 800-1000 head per week on behalf of Thomas Foods International, which lost its Murray Bridge (SA) plant to fire in 2019. TFI also gets another 250 a week processed at Australian Country Choice in southern Queensland.

What happens when TFI opens its brand new Murray Bridge beef plant in early 2023 will be worth watching. Industry speculation suggests the company is spending about $220 million on the Murray bridge project.

The expectation is that the TFI service kill through O’Connors will continue, because of the Packenham plant’s China market access. As a new plant, Murray Bridge will have to seek China access approval, which has to be seen as an unknown quantity in the current political environment.

There has also been a considerable amount of fragmentation of service kill arrangements over the past two years, for a number of reasons. One of the challenges in that has been a lack of customisation, in service kill customers having to conform to the plant’s own operating routines for efficiency reasons, rather than delivering tailored programs.

A number of large service kill providers unfortunately lost their China access overnight over the past three or four years. In May 2020, four large export-focussed plants – JBS Dinmore and Beef City, Kilcoy Global Foods and Northern Cooperative Meat Co Casino all lost their China access. Other have since joined the list, including some substantial service kill providers. That has pushed some service kill customers elsewhere into plants that still have a China-license, because of their need to conduct business in China.

The cooperative-owned Northern Cooperative Meat Co plant at Casino is a good example of this. When it lost its China license in 2020 under questionable circumstances, a number of former service kill customers reliant in China trade felt compelled to move elsewhere.

Green Mountain, O’Connors and Bindaree are examples, where service kills have popped-up due to China access issues. China-licensed Green Mountain has dramatically re-modelled its business away from killing its own light yearling and veal beef, to providing service kill for export programs that prioritise access China.

The second driver of service kill trends has been processor profitability. When there is good money to be made processing beef cattle, processor-owners are understandably keen to process as many of their own cattle as possible. At times of margin loss, that motivation disappears.

“When the EYCI is at 400c/kg, everyone (those owning abattoir brinks and mortar) wants to put the beef in their own box. When the EYCI is above 1000c/kg, nobody wants to put it in a box – they are happy to share kill space with others to keep the plant operational,” one veteran processor told beef Central.

Both have now moved to multiple site models in Queensland, to hedge against:

“In today’s operating environment, they’ve realised that they have to spread risk – and that’s what they have done,” a processing market stakeholder said.

Yet another factor in the momentum being seen in service kill has been the emergence of independent brand supply chains, and ‘non-packer exporters’. These have been most evident in the high-end Wagyu sector over the past five years, but are also operating in mainstream beef.

So what does it cost to get a beast service-killed, boned and boxed in Australia these days?

Fifteen years ago, a commonly used service kill figure for a yearling-type animal was around $150 a head – but processing costs, energy, labour and other factors have seen that rise dramatically.

A figure closely involved in service kill told Beef Central the going rate these days was anywhere from $1/kg to $1.50/kg (carcase weight) for a straightforward 12-cut program, and considerably higher on a specialised, bespoke boning assignment like Wagyu.

“It depends on the complexity of the cutout, with some customers having very specific requirements,” he said.  “The more labour that’s tied up, the higher the cost.”

“It needs to be remembered, the businesses offering service kills are often $100 million plants – they have a lot of cost to cover,” he said.

That would suggest a straightforward 100-day ox 350kg carcase weight might cost anywhere from $350 to $525 to process and pack. Heavier and more complex Wagyu might cost $750-$800 a head.

Those prices could rise, going forward, one stakeholder speculated, for reasons outlined below.

A looming challenge is emerging which could significantly impact on future service kill operations in Australia, Beef Central was told.

The national cattle herd continues to recover, with more unusually wet weather forecast for the spring summer period ahead. At some point, cattle supply will more closely match demand again.

At the same time, the US market is staring down a colossal beef shortage some time in the future, caused by its own drought impact on herd size.

Compounding that, labour will inevitably continue to be very tight for all processors next year.

At some point in the future, history suggests beef processors will again return to consistent profit in slaughtering cattle. That turn in the market may now only be six months away, one contact said.

Depending on the type of contracts that have been written with service kill customers, processing and marketing their own beef will at some point again look more financially attractive than simply being paid by others to do the job for them.

And in a labour-starved market, beef processors may be incentivised to devote meagre staff resources to processing their own cattle, rather than those belonging to others.

It means the current abundance of service kill opportunity that exists might evaporate during 2023. But those who have more recently taken on service kills may face the dilemma of having to continue to toll-process for others, when financially, the plant’s resources might be better utilised for their own stock.

“You would think that people would have to make commercial decisions,” a senior beef processing contact told Beef Central.

“From a rational financial perspective, each processing asset and its available labour resource will be deployed where the best return is. Any service kill that is on a spot basis and not locked-in under long term contract, could struggle,” he said.