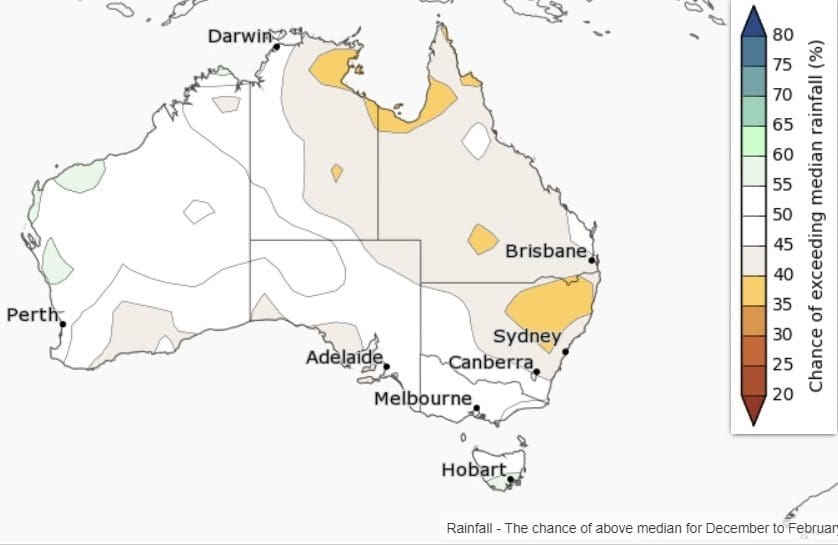 The rainfall outlook for summer shows northeast NSW and regions surrounding the Gulf of Carpentaria are likely to be drier than average. Elsewhere across the country, there is no strong signal showing wetter or drier conditions for summer.

December is likely to be drier than average for parts of the WA coast, and areas surrounding the Gulf of Carpentaria and Cape York Peninsula.

Australia’s major climate drivers remain neutral. La Niña WATCH is currently in place due to recent cooling in the eastern tropical Pacific. However, sea surface temperature patterns in the western Pacific and eastern Indian Ocean are likely to counteract the typical (wetter) effects of a cooling Pacific Ocean.

Historical outlook accuracy for summer is moderate for eastern and western parts of Australia, but generally low elsewhere. 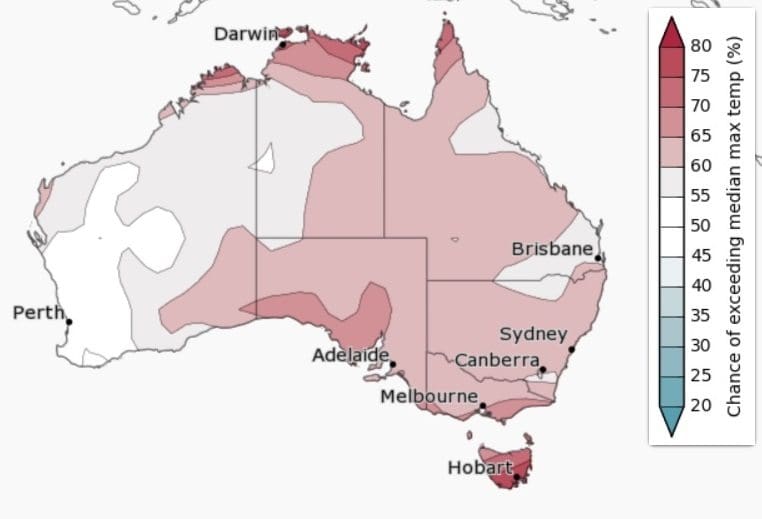 Summer daytime and overnight temperatures are likely to be warmer than average for most of the eastern two-thirds of Australia.