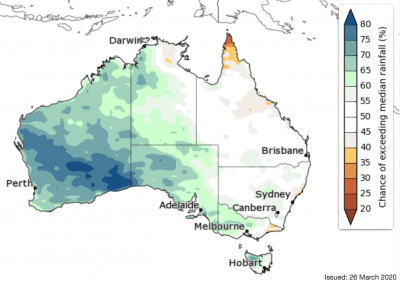 Wetter April to June for western and southern Australia 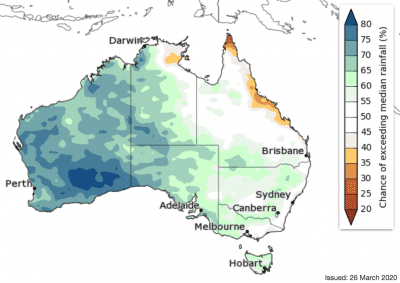 APRIL rainfall is likely to be above average for Western Australia, western and southern parts of the Northern Territory, South Australia, and scattered parts of southern Queensland, New South Wales  Victoria and Tasmania.

Drier than average conditions are likely in along parts of Queensland’s east coast — a 60-70pc chance). 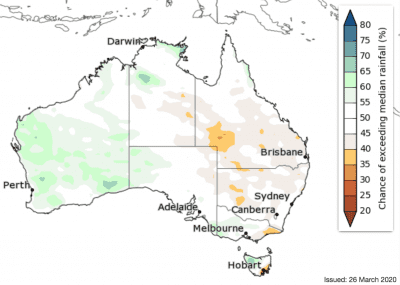 Rainfall outlook for May 2020

Similarly, May to July is likely to be wetter than average for much of western, central and southern Australia  — mostly a  60-70pc chance. However, accuracy is lower at this time of year, so some caution should be exercised when using this outlook.

The rainfall outlook suggests the autumn break for southern cropping regions may occur closer to its average time this year. 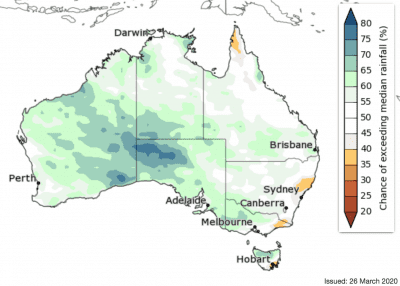 Warmer April to June likely for most of Australia 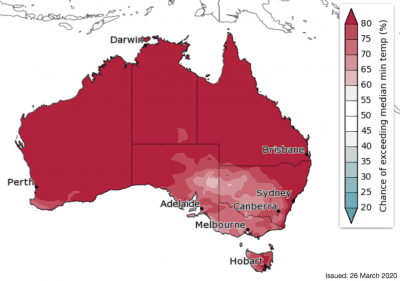 Night-time temperatures for this fortnight are likely to remain average to warmer than average across the country.

Daytime temperatures for April to June are very likely to be above average across northern and eastern Australia  — greater than 80pc chance for most areas. Parts of southern WA, which may see more cloud and rainfall, are likely to have cooler than average days.

April to June night-time temperatures are very likely to be warmer than average for most of Australia  — a 60-80pc chance in the south-east and greater than 80pc chance elsewhere. 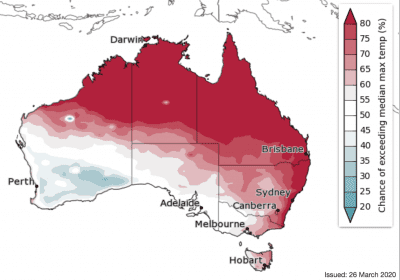 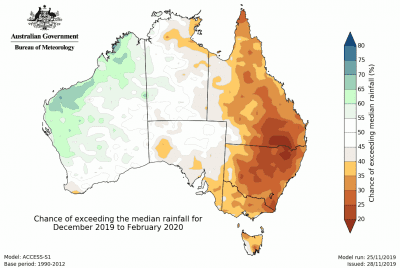