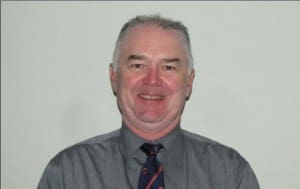 THE signing of today’s China-Australia Free Trade Agreement marks a significant milestone in the efforts to secure a profitable trade of Australian sheepmeat to China, one which could significantly increase returns to producers, Sheepmeat Council of Australia said this afternoon.

Australia’s wool industry will also benefit under the agreement, with the relaxing of duty-free wool quotas.

Sheepmeat Council said it had been heavily engaged in the discussions, which have secured a critical deal for sheepmeat and lamb.

Councillor and immediate past-president, Ian McColl, said the announcement came after years of hard work to build relationships with the Chinese and improve access to the market.

“We were confident that the work completed provided trade minister Andrew Robb and the Government officials with the understanding of what was required for the Australian sheep industry to be competitive with New Zealand,” he said.

“The Government worked hard to deliver a beneficial outcome for our meat trade but also for exports of co-products (offal, tallow, meat and bone meat and pet food exports) and skins, and for this we are very grateful,” Mr McColl said.

China currently takes 25pc of Australia’s sheepmeat exports and nearly 90pc of sheepskin exports, an acknowledgement of the considerable industry investment, over many years, in developing awareness of the attributes of Australia’s products.

“The agreement, which will see a tariff elimination on sheepmeat products over eight years, offal over 5-10 years and on skins over 5-8 years, should allow us to be competitive in the future with New Zealand,” Mr McColl said.

“When fully realised, this deal could lift the baseline price of lamb and mutton and significantly increase the farm gate returns of producers,” he said.

“The economic studies we have had completed estimate that a phase out by 2023 could increase meat prices by between 13-26c/kg, dressed weight, above baseline levels.”

Mr McColl travelled to China in September as part of the agricultural delegation led by agriculture minister Barnaby Joyce, which provided an opportunity to build relationships with the Chinese and to demonstrate the importance of this deal.

Australian Wool Innovation said China already provides virtually duty-free access on wool, under a large WTO tariff rate quota of 287,000 tonnes. But tariffs within this quota are set at just one percent.  While China has the right to impose a 38 per cent tariff outside the quota, traditionally it has not done this as wool is an important input into domestic manufacturing.

Under the FTA, in addition to the existing WTO quota, Australia will receive an exclusive Country Specific Quota of 30,000 tonnes clean wool (about 43,000 tonnes of greasy wool). This will grow by 5pc each year to almost 45,000 tonnes clean (about 64,300 tonnes greasy) by 2024. These wool imports will enjoy duty free access. This is the best outcome China has provided in any of its FTAs to date, AWI said.

Wool Producers of Australia president Geoff Fisken said the 30,000 tonne clean Country Specific Quota reflected the positive working relationship that the Australian wool industry has fostered with its Chinese customers. The FTA also includes a review process after three years to improve market access with any non-tariff measures to be discussed and resolved by Joint Trade & Good Committee.

The WPA is also pleased by the opening up market access for sheepmeat, skins and live sheep exports, which will have a positive effect on all aspects of the Australian sheep and wool industries.

An Australian Wool innovation spokesman said AWI welcomed the finalising of the FTA between Australia and China.

“Over the past decade AWI has worked with DFAT trade officials to ensure the interests of the wool industry are realised through this FTA, and other forums.

“AWI would like acknowledge the years of hard work of scores of trade officials who have worked to achieve this outcome.”