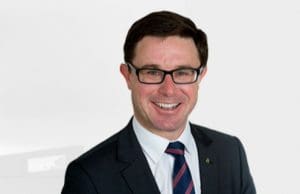 LIVESTOCK exporters have welcomed the establishment of a new pathway to export Australian sheep to the Kingdom of Saudi Arabia.

Minister for Agriculture, Drought and Emergency Management David Littleproud said today his department has been working closely with kingdom counterparts to ensure the new arrangements meet Saudi Arabia’s requirements and ensure the health and welfare of the exported animals.

Live sheep have not been exported to Saudi Arabia from Australia since August 2012 due to the country’s concern that the Exporter Supply Chain Assurance System would impinge on its sovereignty. In 2009, Saudi Arabia was Australia’s third largest Middle Eastern market for live sheep, importing over 576,000 head valued at A$55 million. Nearly 1.2 million sheep a year were exported at the trade’s peak.

A Department of Agriculture, Water and the Environment spokesperson said live sheep exported to the Kingdom of Saudi Arabia for feeder or slaughter purposes must be managed in accordance with the ESCAS. Mr Littleproud said Australian exporters must hold a valid licence and have arrangements to ensure animal health and welfare requirements are met during preparation and transport.

“For feeder and slaughter livestock, these animal welfare obligations extend through to the point of slaughter in the importing country.

“Exporters can apply to the department to have the required arrangements approved for the export of livestock to the Kingdom of Saudi Arabia,” he said.

“My department will continue to work with the livestock export industry to implement these arrangements and ensure smooth trade with our important trading partners.”

The DAWE spokesperson said exports of live sheep to Saudi Arabia may occur at any time other than when the prohibition of export of sheep to the Middle East is in effect during the Northern Summer.

“The operational requirements for exports, that is the activities that need to occur to ensure the requirements of the protocol with Saudi Arabia are met, were changed on 7 April 2021 following consultation with counterparts in the Kingdom of Saudi Arabia.

“The livestock export industry has been engaged throughout this process.”

“This will not only enable exporters to provide food security to the Saudi people but will assist sheep and goat producers in having greater global market opportunities to a market we once had a significant share in.

“It remains the Middle East’s major livestock market, importing nearly 8 million sheep, goats, cattle and camels annually, and Australia now has the opportunity to export to that market,” he said.

ALEC said a commercial and government mission from Saudi Arabia in early 2018 set the scene for the outcome and extensive consultation involving exporters, importers, industry bodies, the Department of Agriculture, Water and the Environment, the Saudi Arabia Ministry of Environment, Water & Agriculture have enabled the trade with Saudi for live export of sheep and goats to come to reality. Australia’s strict biosecurity measures will ensure that livestock meet the importing countries requirements, and that we provide high quality livestock, ALEC said.

“The consultation with industry has enabled workable market access based on producers having immunised livestock for scabby mouth and clostridial diseases.

“Livestock will be examined by veterinarians accredited by the Australian Government before entering quarantine and preparation for export consignments,” Mr Harvey-Sutton said.

“The National Livestock Identification System (NLIS) and producers’ compliance under Livestock Producer Assurance (LPA) will be critical for this market and provides the mechanisms for animal traceback and verification of requirements by Saudi Arabia.

“Exporters and producers welcome the opportunity to provide Australian livestock to Saudi Arabia and to further developing a mutually beneficial partnership,” he said.

A new Export Advisory Notice (2021-05) has been published on the DAWE website outlining the finalised requirements.