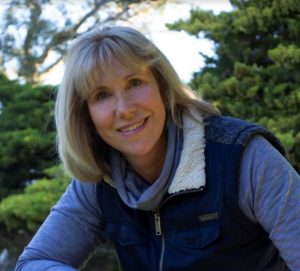 After last week announcing Ms Hocking as the winner of the 2021 award, SALRC chair Ian Rogan asked her how the adoption of research across the livestock industries could be improved.

Ms Hocking said there was so much research information “out there,” but it continually amazes her what little knowledge members of new producer groups had of what was available.

“I think the last couple of years I’ve been really reassured that MLA has gone down the line of embedding adoption into current research.

“I think the way that everyone learns is different, but I think most people need to hear read and see the same messages or information in a number of ways before they really understand it,” she said.

Ms Hocking is a sheep and cattle producer in the Lucindale area of South Australia, who also has several industry consulting and advisory roles. Her jobs have included working with the original Beef Co-operative Research Council working in meat science, doing her Masters with University of Adelaide researcher Dr Wayne Pitchford as her supervisor and then worked with the Department of Primary Industries and Regions SA as a Rural Solutions sheep consultant.

After raising three children and running a fitness centre Ms Hocking went back into livestock consultancy work. She now works with small groups of producers delivering extension and adoption programs such as LTEM, MLA’s Profitable Grazing Systems, including Meating the Market lamb compliance workshops. She is also working on a MLA beef producer demonstration site in the state’s south-east and is involved in several financial benchmarking and technology groups.

“My passion …. has been to help producers profitably and sustainably produce high yielding beef and lamb that meets consumers’ expectations in terms of eating quality, nutrition and safety through the adoption of new technology, best practice production systems, value-based trading and a positive professional approach to business.

“One of the ways that I consider I have been successful in achieving this is if producers in my group can walk away with more questions than what they probably come in with and are also inspired to continue learning and developing new skills or even going out and surrounding themselves with professionals including other advisers, then I think I’ve done my job.”

Producer involvement in research is critical

Ms Hocking said it is critical that producers be involved from the start of research projects, and learn by doing.

“Because if you can involve them at the start, they have that awareness, they can feel involved, they have that ownership and are empowered to actually try things out on their farm.”

She is looking at modelling research outcomes from some Dr Pitchford’s research in a producer demonstration site.

“It is really encouraging that MLA is going down that line (of embedding adoption), so I think they have been listening to what we’ve been saying for the last few years in terms of adoption.”

Ms Hocking said extension generally reached the early adopters and the next group that wanted to learn in small groups and there is more individual and e-learning opportunities.

“But there is a huge amount of producers who don’t necessarily access consultants and they get all their advice from their livestock agents.

“I see this as a massive area for involving research and development … we have to start involving the livestock agents as well in the training and awareness of the product.”

She said a value proposition must be demonstrated to livestock agents “to say that they are needed in the industry, but they can demonstrate huge value if they can help producers utilise the existing tools that are already out there.”

This included helping producers analyse their carcase feedback and introduce them to people who can help them solve their genetic and nutrition decisions, she said.

“They are our link to the customers and producers generally want to hear what they have to say.”

All researchers should work closely with producers 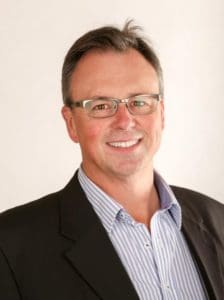 “Firstly, all the members in research teams should be working as close as possible with producers, not just the leader of the teams … that way you build a culture in research teams of understanding the issues on farm.

“I think that model, while expensive, is effective and that can be more efficient than cheaper programs.

“The third thing is working with processors and further down the supply chain will actually develop price signals that then feed back, and when the price signals are clear farmers can adapt pretty quickly.”