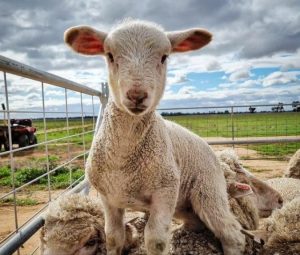 SALEYARDS continue to be the dominant selling route for sheep and lambs in Australia, according to the first Sheep Producer Intentions survey.

The survey was formally known as the Meat and Livestock Australia and Australian Wool Innovation Sheepmeat and Wool survey.

“Saleyards continue to be the dominant sales channel for producers, further highlighting the importance of saleyards for the industry.

“Specifically, 58 percent of producers said that saleyard auctions were the main channel used, with over-the-hooks sales the second most used method at 23pc.”

These were followed by paddock sales 9pc, online 5pc, forward contracts 2pc and ‘other’ 3pc.

Larger producers with 10,000 or more sheep are more likely to use direct sales.

Two thirds of the Australian sheep meat producers surveyed were positive about the industry and nearly half are looking to increase the size of their flocks in the next 12 months, the survey found.

The report authors surveyed 1963 sheep meat and wool producers between 29 September and 4 October 2022. Producers were initially invited to complete an online survey with the final sample complemented with a smaller number of phone interviews.

The survey noted that 46pc of producers are looking to increase their flocks in 2023 with 60pc hoping to expand operations and 47pc expecting favourable conditions in the next 12 months.

Strong growth expectations are being seen in Queensland and New South Wales, with larger producers indicating an intention to increase or maintain their flock numbers.

“Analysis of the reported change in the number of lambs suggests a forecast increase of approximately 1.7 million lambs over the estimated 2022 flock size, an increase of 6pc on the 2022 Estimates,” Ms Lim said.

“This result highlights the importance of considering the reported changes in flock size rather than just producers’ disposition to change.”

Regarding potential industry hurdles, the majority of producers surveyed are expecting an increase in input costs and finding skilled labour to be more difficult in the next 12 months.

Despite these headwinds, the sentiment around the sheep meat industry is extremely positive moving forward, with a 67pc net positive rating among sheep meat producers surveyed across Australia.

“With Merinos making up 40pc of the total lamb flock and prime lambs at 35pc, the challenges around costs and labour seem to have less of an impact on decision making around flock growth than may have been previously expected,” Ms Lim said.

She said the survey’s new format of the survey allowed for a deeper understanding of the breed makeup of the flock.