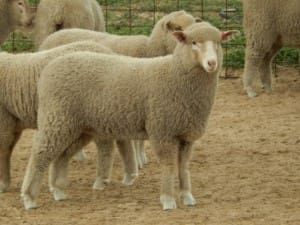 The Eastern States Trade Lamb Indicator finished last week on 466c/kg and the heavy lamb indicator closed at 465, both down one cent on Thursday. The ES mutton indicator was unchanged at 322c/kg. 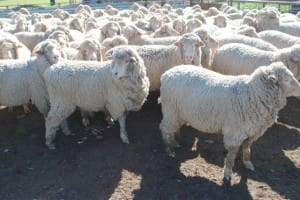 AuctionsPlus also reported store lamb prices as unchanged within a larger offering of 50,057 sheep and lambs, up 1500.

AuctionsPlus market operations manager Tony Benson said store lamb numbers were gradually increasing as the peak selling season approached. The 35-36kg lambs made $85 to $89, 37kg-38kg lines sold for $78.50 to $85, and at the heavier end 39kg-40kg drafts made $80 to $93. The heaviest line of crossbred lambs this week sold to a processor at an estimated dressed weight of 19.6kg for $100.

“With a lack of significant follow up rain after last month’s price spike we have seen a correction in the last few weeks affecting clearance more so than prices, with the better quality offerings still making good money,” Mr Benson said.
“It was pleasing to see confidence in a long term outlook, despite depressed sheep clearance rates this week.”

Mr Benson said maiden Merino ewes were the highlight last week, selling to an outstanding top price of $211 for 220 64.6kg June-July 2013-drop bare shorn Pooginook blood ewes from EL and DE McKenzie, ‘Grasmere’ at Bethurga, through Bluechip Livestock, Cootamundra.  A second line of 60.2 kg Grasmere ewes made $160. Most other maiden Merino ewes sold from $100-$160. Young unjoined proven breeders made $107.50-$129 and old ewes to soon drop a crossbred lamb made $95-$114.

The Grassmere flock was ranked first for dollars per hectare return from 60 teams in the 2012 Peter Westblade Memorial Merino Challenge, one of the country’s largest wether trials.

The NLRS said lamb quality was similar to last week sale, with good numbers of well-finished lambs, although some showed signs of dryness. There were 13,900 new season lambs, with trade weights well-supplied. The usual buyers competed in a cheaper market.

The NLRS said lamb quality was very good, with the new season lambs in top condition and the old grades generally well-presented. There were mainly heavy weights penned, along with a good run of trade lambs, while light grades were limited in supply. The usual buyers operated in a dearer market.

The NLRS said there was a small field of trade and export buyers, as well as one major supermarket and odd restocker buyers. Quality was good to very good for the 3417 new season lambs, although was mixed for the 480 old lambs penned. Prices averaged unchanged for new season lambs and heavier old lambs, but old trade weight lambs sold $10 cheaper. The mixed quality offering of sheep maintained last week’s prices.