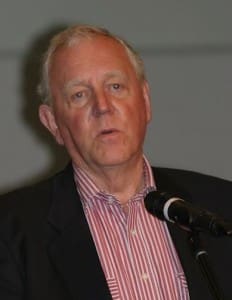 A steering committee which was appointed to determine the best ways to implement the recommendations of the 2011-2013 SAFEMEAT Initiatives Review has recommended 16 actions be taken (listed in full in the table below this article).

The main reform recommendations include:

Streamlining the bureaucracy surrounding SAFEMEAT to make it more efficient. While SAFEMEAT has overarching responsibility for product integrity in Australia’s red meat industry, no less than 10 sub-committees currently oversee various aspects of the integrity programs. The main recommendation is basically to condense these into one.

Forming a dedicated food safety company to deal with food safety issues. The management and delivery of industry integrity programs (National Livestock Identification System, Livestock Production Assurance and National Vendor Declarations) would become the responsibility of a single company operating initially as a subsidiary of MLA, under the governance of a skills-based Board, and which may become a stand-alone entity in time.

Stepping up communication and education about food safety. This is based largely on the results of the random LPA audits conducted across around 2000 livestock enterprises each year. Steering Committee chair John Wyld said the surveys have shown there is still a lack of awareness about the importance of food safety programs.

Moving to an electronic National Vendor Declaration system. The SAFEMEAT Initiatives Review found electronic NVDs (eNVD) could save the industry an estimated $5.8m per year by removing the costs associated with the reprocessing of NVDs at saleyards, feedlots and abattoirs. Moving to eNVDs would also reduce mistakes and inaccuracies of information provided in paper form, improve overall traceability and integrity and allow updates/new versions to be integrated far more easily. The plan is to roll out eNVDs either later this year or by early 2016. However, a hard-copy NVD system would still be maintained, in recognition of the lack of universal mobile or internet coverage in all areas, but “with strong commercial incentives for producers to use eNVDs from the time they become available”. The document also notes that field trials for eNVDs are due to commence next month.

Progressing toward the establishment of a new levy to fund industry’s integrity system into the future (more on this below).

The actions recommended by the Steering Committee will now be considered by the many SAFEMEAT partners, which include the various red meat peak industry councils and several state-based authorities.

A decision on whether to formally adopt the recommended actions is expected to be made at the next SAFEMEAT partners meeting in November.

“I emphasise that this is a report to SAFEMEAT, so this still has to be considered by all the peak councils and the states,” steering committee chair John Wyle told Beef Central this week.

“They will consider it over the next few months until the next SAFEMEAT partners meeting in November. Hopefully that is where it will be considered in totality, with a view to starting the changes in 2016 if that is agreeable to industry.”

How red meat integrity systems should be funded in future will be one of the key challenges for the industry to consider.

The report notes that existing system funding is under significant pressure for several reasons, such as reduced R&D funding and dwindling Government support. As a result, the industry has had to bear an increasing proportion of integrity system funding with existing levies and reserves.

The industry currently invests $10 million annually in the operation of the industry integrity programs (NLIS, LPA and NVDs) by AUS-MEAT, MLA and NLIS Ltd.

Approximately 76% of funding comes from industry levies, 11% from matching government funds for R&D investment and 13% from user pays funding through the sale of LPA NVD booklets.

One issue that moving to eNVDs would raise is that the revenue stream raised through the sale of NVD booklets would also diminish, meaning more funding would be required from elsewhere to cover the program’s costs.

The Steering Committee says a number of funding options and funding models for industry’s integrity system were assessed, including:

The committee recommends that over time, if and when the Integrity System Company moves from being an MLA subsidiary to a stand-alone entity, the establishment of a new levy to fund industry’s integrity system should be explored.

“The benefits derived from industry’s integrity system as a whole present an argument for the use of industry levies to fund all components of the system, including the LPA program.

“Industry funding through levies should therefore extend to include the funding of the LPA program.

John Wyld said the committee is not proposing an increase or decrease in the quantum of levies spent on the integrity programs.

“We are hoping to save money because we will be more streamlined and efficient and will spend the savings on the learning, recommitment and eNVDS,” he said.

“However we are saying there should be a review after a few years of operation, to look at other options, such as setting up a separate company, with a separate levy etc and we think that would need a lot of consideration and argument and debate.”

Click on table below to view in larger format