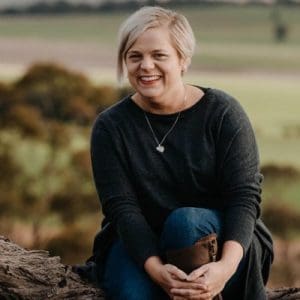 ON-FARM biosecurity planning in South Australia will be boosted with the appointment of SA academic and sheep farmer Dr Emily Buddle in a specialist extension role with Animal Health Australia.

Her appointment is an important early step in delivering against the National Sheep Industry Biosecurity Strategy 2019-2024 (NSIBS), which was developed by Sheep Producers Australia and WoolProducers Australia, AHA said.

While Dr Buddle will be based in South Australia and commencing the roll-out of extension resources for producers in that state, AHA hopes to expand the biosecurity team with resources in other states in the near future.

AHA’s executive manager of biosecurity and product integrity, Dr Simon Humphrys said the NSIBS, by definition, is a national strategy which emphasises the need for a consistent approach to biosecurity policy, planning and implementation across Australia.

“We look forward to working with SPA and WPA to see the NSIBS delivering for sheep meat and wool producers nationwide.”

AHA said the NSIBS is a commitment by the two national sheep industry bodies to ensuring the industry remained stable and secure into the future, by encouraging sheep meat and wool growers to take ownership of their own on-farm biosecurity measures and recognise the important role they play.

To assist producers in implementing or improving their biosecurity plan, AHA has engaged Dr Buddle to work with producer groups and individuals across South Australia.

According to the University of Adelaide’s website, Dr Buddle is an Affiliate Associate Lecturer in the School of Humanities through the affiliate agreement between University of Adelaide and the Department of Primary Industries and Regions SA (PIRSA). She is currently a PIRSA program/policy officer.

In her spare time, Emily is a sheep, beef cattle and grains producer with her husband in the lower mid-north region of South Australia.

AHA said Dr Buddle will be working closely with Livestock SA, which welcomed the creation and implementation of the NSIBS and is eager to be part of the SA roll-out

“We are pleased to see the leadership shown by SPA and WPA in driving continuous improvement in biosecurity practices and fostering a culture of accountability throughout the industry and the supply chain.”