A REVIEW of the Federal Department of Agriculture’s system for issuing livestock export permits and health certificates has identified several concerns with its processes, including its reliance on outdated IT systems. 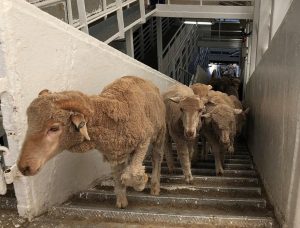 While the department has made important progress in several areas of regulatory practice,  a review published this week by the Inspector-General of Live Animal Exports, Ross Carter, has identified several concerns and issued seven recommendations it says the department needs to address.

Chief among the concerns is the department’s continued reliance on “dated IT systems” to underpin its processes.

The inspector-general noted that the department has taken an “incremental” approach to updating the core IT system used by the department and exporters, rather than the “step change” investment required to underpin the transformation to a modern, effective and efficient regulator.

The current IT system is not fit-for-purpose and hampers the department in its progress to deliver effective and efficient regulation, the review states.

The inspector-general was also concerned that the current approach to exporter performance management is outdated.

The review states the department needs to move more quickly to a proportionate response model.

“This is important in improving the ongoing performance of exporters aimed at preventing serious incidents and providing a sound foundation for more rapid and decisive regulatory action should such an incident occur in the future,” the review says.

The review reiterates the need for the department to increase its focus on compliance monitoring during an exporter’s operational execution of livestock consignments through risk-targeted, integrated inspections and audits.

The inspector-general was requested to consider the approach to managing sheep rejection in Fremantle (the ‘Fremantle Model’).

This review concluded that the current model represents a pragmatic approach, by industry and the department, to balance strict compliance with practical livestock management aimed at achieving the best health and welfare outcome within the constraints of aged infrastructure.

Mr Carter recommended that the department continue to use its discretion in relation to the Fremantle model provided relevant exporters and registered establishments agree to implement improvements to the infrastructure to ensure strict compliance can be achieved.

“It is important that the application process becomes more digitised and automated to increase efficiency for applicants, ensure cost recovery is fair, and allow departmental officers to focus on more complex consignments and controlling important risks,” the review stated.

Earlier this year the Federal Government and the livestock export sector locked horns over the former’s proposal to increase the fees it charges to exporters to recover the costs it incurs from regulating the industry.

Exporters feared the proposed charge increases would amount to additional annual costs of $25,000 to over $100,000 for their businesses and called on the Government to focus on improving the efficiency of Departmental processes, while the Government responded by stating exporters were overstating the likely impacts of the cost increases.