On Facebook, Trangie beef and crop farmer Mick Wettenhall posted that he was terrified after flying into Sydney on Friday night and seeing most fellow passengers walk straight out onto the street, wheeling their baggage.

On LinkedIn, south-west sheep producer Tim Leeming posted that a friend of his knew of a family of five that had been on a farm in Bali and flew into Melbourne early Saturday morning and expected their footwear to be cleaned.

“They asked at customs said and got this reply “no your right just come through,” Mr Leeming posted.

No additional checks and no sniffer dogs

Castlemaine resident Matine Rahmani told Sheep Central he and his family had come back through Melbourne after visiting small backyards and farming areas with pigs and cattle around Bali. He said passengers were told while arriving in Melbourne that FMD was a serious concern to the cattle industry and fines would be applied if they did not declare if they had been in rural areas or farms in Bali.

“We declared that we had been to a farming are whilst away in the past 30 days on our Customs declaration form and we also had our shoes in a separate suitcase altogether because we assumed they would want to look at our shoes and hopefully put them through a bath or do something so we weren’t bringing anything horrible back to Australia.

“We went to the Customs guy and he said have you been to a farm whilst you’ve been away, and we said ‘yes’.

“He said are your shoes dirty and we said ‘probably’ and he said ‘don’t worry’ and he just let us through at that point,” Mr Rahmani said.

“We were pretty exhausted and did want to go home, but we were surprised with the response; however didn’t want to cause a problem on arrival, so we followed his advice and walked through and then came home.”

Mr Rahmani said they had cleaned all their shoes in Bali and cleaned them again when they got home, but said they were probably dirty because they didn’t know of what they had done was adequate.

“It seemed like he was looking for reasons to let us through as opposed to looking for a reason to look at our shoes.”

“If it is spreadable as we are led to believe, where it can travel from the farm of one country on someone’s shoes to agricultural land in a different country, then we are at an extremely high risk of getting it in Australia.

“I was certainly shocked and disappointed by the experience, given how much an impact this can have on our economy and I don’t think it is good enough.”

Mr Tahmani said he read newspaper reports in Bali about how Australia was putting on more sniffer dogs and doing additional checks.

“Well we saw no additional checks and no sniffer dogs.”

Government should assume Bali visitors have been on a farm

In his Facebook post, Mr Wettenhall said the Australian government needed to assume that all Bali visitors have been to a farm and he posted a video of cattle walking around in Bali.

“You don’t have to go to the rural areas to come across livestock.

“It’s great to throw out your thongs, but it’s unlikely it will come in on thongs,’ he wrote.

“It’s shoes with tread like joggers or castor wheels on bags with little nooks where clumps of dirt or faeces can get stuck. This is where it will most likely get in to Australia.”

He believed passengers should be informed about what they could do to minimize the disease risk such washing clothes and shoes before they come home. He recognized it was unrealistic for the luggage of all passengers to be checked.

“To me, we need sniffer dogs in every airport, because it is the small clump of dung wedged in a castor wheel on a bag, or in shoes, that someone hasn’t clean at all and it’s stuck in the tread, that’s where it is going to get through.”

His local district veterinarian with FMD experience in Nepal told him that a citric acid solution would work for killing any FMD virus on shoes or bags.

“It was no different to when I came back from Bali last time: Tick the box and come in.

“The only difference was the mention of it (FMD and Lumpy Skin Disease risk) at 6 o’clock on the plane when everyone is still rubbing their eyes after having five hours sleep on the plane – it’s not enough.”

He said incoming passengers needed to be armed with the tools to protect Australian agriculture from FMD.

Mr Wettenhall said he and his wife Kirsty cleaned all their shoes in Bali, wearing shoes they hadn’t worn in Indonesia from the Bali airport. They had to ask to get the shoes they were wearing and in their bags washed by Customs at Sydney airport, but were initially directed out onto the street.

“We threw our thongs away, but you are not going to get people throwing shoes away.

“At the moment, with 400,000 cases and growing exponentially, as you can imagine, it’s in the next few weeks that we’ll see it.”

He said if appropriate airport measures are not being implemented he did not know how biosecurity could be maintained, short of suspending flights to Indonesia temporarily until the country’s livestock vaccination program was completed.

“You’ve got to get those shoes clean that are in those bags, and baggage castor wheels, that’s the biggest issue.

“It doesn’t matter that they are not going back to a farm; they are walking out there and I’m walking straight past where they’ve walked,” he said.

“It’s not to say that I can’t pick it up and bring it home and there are plenty of people from regional areas that are travelling there.”

Mr Wettenhall said he and his wife considered not making the trip, which was booked before the FMD outbreak in Indonesia, but are glad they did “so we could learn what we have learnt”.

“We were extremely careful and have no doubt that we have taken all precautions necessary.

“I definitely would not be planning a holiday to Bali in the near future and nor should any other farmer.”

But he said they were at Narromine on the return trip before they learnt they should isolate from the farm for 5-7 days and did not plan to go near any livestock this week.

“I just assumed when you ticked the box on the form when you are going in as to whether you had been on a farm, that they automatically made you pull all your footwear out for inspection and cleaning,” Mr Leeming said. 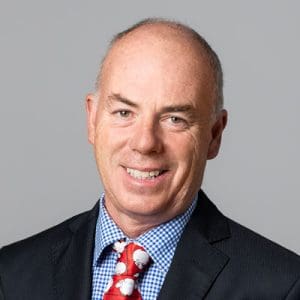 “And if that requires more money and more staff at the airports, let’s do it, as simple as that.

“We’ll get a GoFund page to do it if that’s what it is going to take,” he said.

“This is just ridiculous, we are being treated like second and third class citizens with this disease.

“It’s all very well to punch COVID along, but what about FMD and us farmers and industry?

Mr Harrison said there seemed to be a need for more resourcing at airports.

“This has to watertight.

“It’s going to be cheaper to keep it out than trying to treat it over; because once it is over here, it’s all over.”

“The volume of travel both domestic and international is very high, notwithstanding that anecdotal reports on inadequate passenger screening at Australian airports is extremely concerning and what we fear.

“We still want every single traveller returning from high-risk areas, such as Indonesia, screened and for constant review of all settings in our line of defense, including shoe sanitising stations,” he said.

“We have been communicating closely with the Federal Government every step of the way about all aspects with the current biosecurity threats and this includes passing on any feedback.

“It’s important to recognise, as with the COVID-19 pandemic, it’s the people at the frontline who are working hard to keep us safe from threats.

“The NFF has long called for more adequate funding to enhance these front-line defenses,” he said.

“Every Australian returning from overseas can play a part and do their bit to keep this nation free of FMD – everyone has a responsibility when it comes to biosecurity and we need passengers to do the right thing by avoiding farms and livestock while in countries with active biosecurity threats, being honest and patient with biosecurity officers, thoroughly washing and cleaning their clothes and shoes, or even go one step better and support our #ThrowYourThongs campaign.”

A Department of Agriculture Forestry and Fisheries spokesperson said roving biosecurity officers are questioning arriving travellers at the baggage carousel, irrespective of their declaration, to identify any high-risk passengers and refer them for further biosecurity screening and inspection.

The spokesperson said passengers who declare they have visited farms are questioned by biosecurity officers about their activities overseas and what items they are carrying with them in their baggage.

“Any risk items are inspected for contamination and treated where required (e.g. footwear with soil are scrubbed clean and returned to the passenger).”

Reports about inadequate Indonesian passenger checking at Australian airports made by the public to the department’s hotline (REDLINE 1800 803 006) are taken seriously and triaged for follow up,” the spokesperson said.

There is also a client feedback form on the department’s website (https://www.agriculture.gov.au/about/contact/online-enquiryadd)

The spokesperson said passengers who believe they have not been subject to proper shoe, clothing or luggage checks can report report the time, flight number and border staff details via the client feedback form (https://www.agriculture.gov.au/about/contact/online-enquiryadd)