The issue of farmer representation is one that has gained considerable discussion recently in Australia, and has been the subject of a research report by the Australian Farm Institute. 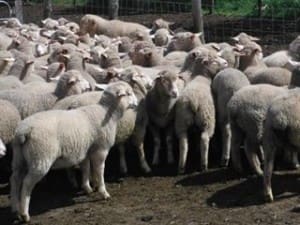 The discussion and the research have highlighted that the current structures of farmer representation in Australia are not sustainable in the longer term, and significant reform is needed.

Hence it is not surprising that the beef industry is discussing different arrangements for industry representation, but the proposal that has been canvassed over recent days raises more questions than it answers, and does not seem like a viable long-term model.

The Australian Farm Institute research involved, among other things, telephone interviews conducted with approximately 350 farmers Australia-wide, including both members and non-members of farmer organisations, and involved in all commodities.

What was very clear from the responses was that, in a deregulated market environment where telecommunications makes information widely and instantly available, farmers no longer believe that farmer organisations deliver ‘value for money’.

This response is entirely logical.

With the removal of statutory marketing arrangements for almost all Australian agricultural commodities, the opportunities that farm organisations previously had to directly influence farm-gate returns via Wool Reserve Price Schemes or the Wheat or Barley Single Desk are no longer available.

In effect, farmers perceive that deregulation has removed much of the need for farmer representation.

The research concluded that farmers believe that farmer organisations still have a vital role to play in advocating on behalf of the industry, but that a different, more service-oriented model is required in order to avoid the free-rider problem (non-members getting the same benefits as members from Government policy changes), and to deliver more direct value for membership.

This was reinforced by observations that major successful overseas farm organisations in places like the USA and Europe provide a wide range of services and benefits that are exclusive to members, and hence a reason to join in addition to the advocacy services provided. In fact, the US Farm Bureaus have 6 million members in a nation with 2 million farmers, with the majority of members joining to access commercial benefits.

Turning to the model proposed for the beef industry, the proposal is the formation of a new grass-fed beef producer organisation, governed by a council of regional representatives elected by cattle farmers.

This body would be funded by, and receive all the revenue from the current compulsory cattle transaction levy ($54.2m in 2012-13), and determine how it should be utilised for beef promotion and marketing activities, and for research and development.

The proposal indicates that the current Meat and Livestock Australia (MLA) organisation may be commissioned to perform some of those activities, but that the cattle producer body would control the funding and direct how it should be spent.

What is unclear about the proposed structure, however, is what would happen to the other red-meat sectors that are currently serviced by MLA, and who or what would manage the other revenue and expenditure of MLA.

Even if the government agreed to give a structure such as is proposed power to impose a statutory levy on beef producers, it seems highly unlikely the funding from these various other sources would be handed over to a beef-producer controlled body, and almost certain (given Government guidelines about corporate governance and the need for skills-based boards) that the matching government funding for beef industry R&D would not be handed over to a structure such as is proposed.

There are long memories in Canberra about what it cost last time a farmer representative body – in that instance the Wool Council – got control over significant resources.

It is also reasonable to suggest that there would be a lot of beef producers somewhat nervous about having their levy funds controlled by a popularly elected representative organisation, rather than a professionally managed and governed corporate structure with a skills-based board.

This is not suggesting that beef producers don’t have the necessary skills. There are plenty of beef producers with very strong management experience and governance skills, but the majority of these are probably very focused on their own business, and may not want to get involved in the political processes associated with popular elections, or spend the amount of time away from their business that a role such as this requires.

There are also a range of R&D and marketing skills and experience required in the governance of an organisation such as is proposed, and it is fair to say that not many farmers have experience in those areas.

There is also the question of who would be eligible to vote for elected positions on the new structure, how voting entitlements would be allocated, and what electoral boundaries would be established.

If voting is to be on the basis of levies paid, then there are a number of large corporate beef farming operations that could, if they wanted to, effectively elect their own representatives and gain significant control over the new structure.

This includes some of the major processors, who also operate substantial beef farms.

Alternatively, if voting is to be one-person-one vote or major levy payers have restricted voting rights, then it is pretty certain that the major levy payers will not be prepared to support the structure, and would do all they could politically to opt out.

And if electoral boundaries are established on the basis of the number of beef farms, then NSW and Victoria will easily dominate the representative structure, despite the fact that Queensland has the highest state cattle population.

These details will all need to be resolved prior to a new organisation being established, and it seems almost certain the $40 million of income from processors, jointly-funded  research activities and the sheep and grain-fed beef sectors would not be available to the new structure.

Leaving aside these questions (all of which are potentially solvable with sufficient effort) the question then arises about the effectiveness of the proposed structure as an advocacy organisation, and who or what would would provide a stand-apart oversight of the levy-funded organisation.

As the proposal stands at present, there seems to be recognition that the proposed structure could get involved in advocacy to the extent of researching policy issues and developing policies, but presumably would not be able to campaign actively for specific policies or against government policies.

This is, in effect, the situation for the pork industry. The difference, however, is that the pork industry in Australia consists of just approximately 400 major commercial producers, who operate large-scale businesses with high levels of control over production. This is vastly different to the cattle industry.

If the new structure is required to avoid being involved in industry advocacy, then presumably the assumption is that groups like the National Farmers Federation can carry out the direct advocacy activities on behalf of the cattle industry.

Unfortunately, there are already quite a few farmer representative groups who have seemingly adopted this view, and who do not contribute resources to the NFF.

Consequently, the NFF now has severely contrained budgets, only about half the staff resources it had a decade ago, is rapidly losing its ability to influence policies, and its members are now asking very serious questions about its future viability.

Removing cattle industry support from that organisation (as would likely be required under the proposed structure) would almost certainly hasten the demise of the NFF and leave agriculture without a national advocacy presence.

Where is the value for money?

Leaving aside the issue of advocacy, an even more basic question arises in relation to the cattle industry proposal, and this question was at the forefront in the minds of the farmers involved in the Australian Farm Institute research referred to earlier. What farmers were most concerned about was whether the organisations purporting to represent them provide value for money, in terms of the services and activities they provide or carry out.

This is the very same question many would ask about the proposed new structure, and from the details available at present, it is very hard to see how the question could be answered positively.

The proposed structure would certainly bring considerable additional costs for elections and administrative overheads, and in fact it is not hard to imagine the structure itself perhaps costing up to $10 million per year, before any levy funds were spent on research or marketing. The crucial question is the extent to which this cost would improve the long-term outcome for beef producers, relative to current arrangements.

There is an important role to be played by a national organisation representing the cattle industry, and there is no doubt that the industry would benefit from having a stronger and better-supported organisation to represent its interests to politicians, policy-makers and the wider community.

There is also an important role for an organisation in providing strategic direction for industry research and marketing activities, and in subsequently reviewing the returns arising from industry investment in these areas.

But is seems that, rather than undertake the hard work required to better understand the needs and wants or potential members, the proposed beef industry structure now being considered has simply taken the easy path and made a grab for a share of compulsory industry levies.

If anything, the politicing and arguments that will arise in relation to the proposed new structure are likely to quickly erode cattle producers confidence in the value of compulsory industry levies, and result in them voting to get rid of them at the first available opportunity.

How the proposed new cattle industry body would fare under that scenario is an interesting question!

This article was originally published on the Australian Farm Institute website.