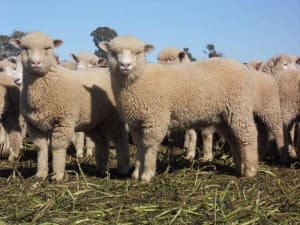 SLAUGHTER lamb prices were firm to slightly dearer late last week, though the biggest weekly gains were made by the restocker and light lamb categories.

After Friday’s saleyards sales, the NLRS quoted all its Eastern States Daily Indicators for lamb and mutton as higher, except for an unchanged Merino lamb indicator. The ESDIs for restocker and light lambs improved by 23 cents during the week. 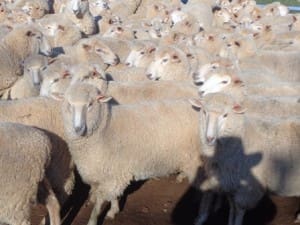 The sheep and lamb offering increased last week by almost 13,500 on AuctionsPlus, to 33,483. With the transition from old to new lambs, there were larger offerings of new season lambs with 9500 head offered online.

The NLRS said lamb quality was fair, with good numbers of finished lambs, but also drier plainer types. Most were heavy and extra heavy weight lambs, along with a handy selection of trade lambs. The usual buyers competed in a firm to slightly easier market. The quality of the 2400 new season lambs was fair.

The NLRS said the quality of the 5000 new season lambs was good. The heavy older grades were also well-presented, along with a few plainer lines. Mainly trade and heavy weights were offered. There were a few pens of store lambs and all the buyers were present, with one extra. Competition was solid especially for the new season and extra heavy weight old lambs, resulting in a dearer market.

In Victoria at the Shepparton saleyards on Friday, the agents yarded 268 lambs, 622 fewer than last week, and 773 sheep, 82 less.

Numbers declined for a very small yarding of lambs, while. Quality was very mixed, with most lambs offered in pen lots of less than 20, making it difficult to generate any reliable price trends. For the numbers and quality on offer, the market performed reasonably well and there were more buyers than a week ago.

The market reached a top of $174 for heavy export lambs, while the best price for a limited selection of new season lambs was $152. Lighter and secondary kill lambs mostly sold from $78-$110, with odd pens of very plain types from $6-$32. The few drafts of better finished trade weight lambs sold from $128-$155. Included in this were two pens of new season lambs, suiting domestic kill orders, which sold for $128.50-$152. On a carcase basis a range of 550-600c/kg covered most of the better quality slaughter lambs.

A draft of first-cross store ewes helped bolster sheep numbers. The sheep included a draft of recently shorn crossbred ewes, three years to sound mouth, which made $106-$115, with the younger lots selling to restockers. Extra heavy slaughter ewes sold to $125, while the general run of plainer trade weight mutton sold from $35-$78.