How to minimise biserrula skin issues in sheep 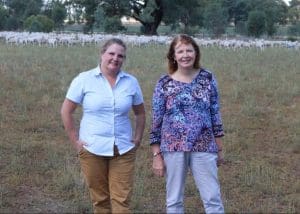 Researchers from the Graham Centre for Agricultural Innovation said the hard-seeded annual has been embraced by farmers as a handy break in the cropping system, but livestock grazing the pasture can be affected by photosensitisation.

“In some cases severe damage to the skin can occur with resulting fleece loss.

“The initial signs of photosensitisation can arise quickly, within as little as three days of sheep grazing pastures,” she said. 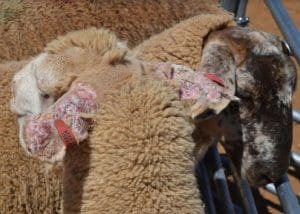 Sheep breed and genotype, along with underlying health issues such as worms or liver fluke, have also been shown to affect the incidence and severity of photosensitisation.

Researchers found pigmented sheep generally do not exhibit visible signs of photosensitisation and Merino sheep appear to be less affected by photosensitisation than cross-bred sheep. This is most likely due to Merinos having better wool coverage around the ears and face, they said. Shearing time might also affect susceptibility and non-pigmented (white) shedding sheep are most susceptible to photosensitisation.

Professor Leslie Weston said the grazing trials also highlighted the impact of other species in the pasture.

“We found reduced severity of photosensitisation in sheep grazing pastures with 10 to 30 per cent annual ryegrass or mixed stands of biserrula containing significant percentages of other forages.

“However the incidence of photosensitisation was never mitigated completely,” Professor Weston said.

“Another important thing to note is that photosensitisation was not recorded in any animals in the trials when grazing fully dried biserrula pasture, regardless of the percentage of biserrula in the sward.

“This is a useful management strategy as dried forage biserrula has a high protein content and a maintenance energy level for mature dry sheep,” she said.

The research was funded by Meat and Livestock Australia, and the guide can be downloaded here.

The Graham Centre is a research alliance between CSU and the NSW Department of Primary Industries.