Recruitment: From suburban Sydney to the world of red meat

In the countdown to the 2021 Inter-Collegiate Meat Judging Association Conference at Wagga in July, Beef Central is publishing a series of case studies on former ICMJ participants, now forging their careers in the meat and livestock industry. Now in its 30th year, ICMJ has a reputation of attracting graduates to careers in the meat industry – and as the profiles below shows, sometimes from non-traditional backgrounds….

A CHILDHOOD spent in suburban Sydney is not the typical lineage of an agricultural leader, but Brad Robinson’s international career in the feedlot sector is proof of the value of education and training programs like that run by the Intercollegiate Meat Judging Association. 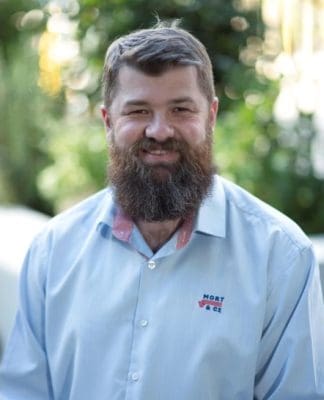 “I always had an interest in animals growing up and joined our school’s ag program when I started high school,” he recalled.

“Through this program I found an interest in showing steers, began to learn more about and gain a real passion for the beef industry and jackarood in Western NSW on a beef, sheep and cropping property before university.”

From there he hasn’t looked back, with career highlights including study in the United States, managing feedlots in Russia, and leading the expansion of the ICMJ program to ensure students entering the red meat industry are equipped with broad and practical skills.

“Having come from Sydney and not growing up on a farm has made me conscious of ensuring people of all backgrounds have the chance to keep developing and have the opportunity to join our industry.”

Brad studied a Bachelor of Ag Science at the University of Sydney. As part of the study abroad program, he spent his third year at the University of Illinois in the United States. It was there that he caught the meat judging bug, joining the U of I team as an extra-curricular activity, under Coach and meat judging great Dr Tom Carr, to make the most of his time in the US.

“I had heard about meat judging from friends who had been involved in ICMJ in Australia, so when I got to the US and was given the opportunity to be part of the meat judging program at U of I, I saw this as a another great learning opportunity,” Brad said.

When he came home to complete fourth year at University of Sydney, Brad competed in the ICMJ competition in 2003 competition and was selected for the Australian team. This earned him another trip to the US, this time focussed solely on learning more about the red meat industry and the American supply chain.

Post-university, Brad’s career was initially working in animal reproduction, before a shift to the feedlot sector.

“At that point I wanted to get more involved in ICMJ and give back to the program, so I volunteered for the national committee in 2005,” Brad said. While working for ACC and living in Gatton, he assisted with coaching the University of Queensland team for two years reinvigorating its meat judging training program.

Keen to explore the many opportunities available within the sector, Brad then moved to Western Australia as a feedlot manager for Carpenter Beef for three years, during which time he put his hand up to coach the Australian ICMJ team.

“I was lucky enough to be the Australian coach for four years, sharing that role for two years with Michael Crowley (now MLA’s General Manager for Research, Development and Adoption) and two years with Emma Hegarty (now co-owner of Eganu Pastoral and COO of Black Box Inc).

“During my time as Australian coach we also shifted our training program to make sure the international tours were a lot more industry focussed to maximise the impact from the training, competition and learning activities,” he said.

“Towards the end of that time Michael stepped down as the ICMJ national president and I was appointed to the role.” During his tenure as president, ICMJ moved its annual conference from UNE in Armidale to its current home at Charles Sturt University in Wagga Wagga, consolidating activities to provide broader benefits to students.

“When I competed, ICMJ was just a single day competition – that was the focus of the event. When I was involved with the committee, I helped with the move from a competition focus to a conference format to grow what the program offered students.

While at the University of Illinois Brad was struck by the opportunities offered to students to learn more about agricultural production and career paths associated with the industry.

Around the time of his appointment as ICMJ national president, Brad moved back to Queensland as general manager of Stockyard’s Kerwee Feedlot on the Darling Downs, recruiting to his team a number of ICMJ alumni. In 2014 he stepped away from his role at ICMJ but put into practice his knowledge of international production systems, moving to Russia for two years as a feedlot manager at the Bryansk Meat Co, located about 400km south-west of Moscow.

“My time in Russia offered me exposure to a new culture and a developing beef industry. It also allowed me to draw on my experiences and contacts from Australia to help build the capacity of the beef industry in Russia,” he said.

Brad returned to Australia in 2016 where he been working ever since at Mort & Co, first as manager of the Grassdale Feedlot and now as its major projects manager where he still calls upon skills first acquired through ICMJ.

“It also teaches dedication. It takes a lot of hours to become skilled at something and in meat judging that means lots of long hours in the chiller.”