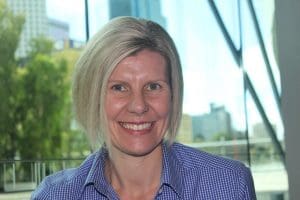 HEAVY weight lambs might be commanding attention and record prices, but they are causing concern for parts of the sheep meat industry.

Delegates at LambEx 2018 in Perth yesterday were reminded that only certain export markets wanted big carcases and the domestic market also wasn’t keen for the heavier lambs.

“This has been a trend across the nation for heavier lambs, “ Ms Sharp said.

“The rise has been to different extents on a state by state basis, but on average, carcase weights are up 3.2kg.”

The biggest increase in carcase weights has been in NSW, with lambs now 24.1kg average carcase weight, a rise of 4.3kg since 2000.

Ms Sharp said a flat price structure, with no incentive to hit target weights, was largely to blame for the increase in carcase weights.

And while this meant more money in producers’ pockets, it did not necessarily reflect consumer demand.

“Consistent feedback from retailers and butchers is that these larger carcases are making life more difficult and less profitable,” Ms Sharp said.

“There is a need to portion out cuts to meet the needs of smaller households, which are the dominant household type in Australia.

“Price points are harder to meet, especially with the growing price of lamb compared to other popular proteins,” she said.

“While some producers in some parts of Australia are enjoying record prices, we also need to remember something else.

“What motivates our industry and our producers is also a key purchase consideration for Australian consumers.

“It’s a balancing act we need to get right if we want lamb to remain a regular feature on dinner plates and menus.”

It is not only the domestic market which is baulking at the higher carcase weights.

Ms Sharp said the EU was demanding lighter, leaner lambs, similar to those which are ideal for the domestic market.

“With current production we won’t have sufficient supply to service the domestic market and a larger EU market if there is improved access in post-free trade negotiations,” she said.

In contrast, Australia’s major lamb export competitor – New Zealand – was in position to meet EU demand as they were producing more of what that market wants – a lighter lamb.

The Middle East market also wanted a lighter lamb as part of a range of carcase weights it imported.

“This is a market that traditionally seeks lighter lambs.”

Ms Sharp said it was clear the average Australian lamb was now much bigger than in 2000.

“We do have larger lambs now,” she said.

“Our lean meat yield has decreased as weights have increased and while our customers want lighter lambs, the trend towards larger lambs seems set to continue.”

Incentives to grow lambs targeted to certain weights could turn this trend around, and Ms Sharp said modelling suggested there was an opportunity for the “whole of industry to extract significantly more value if we can consistently deliver those lighter lambs”.

“We know those carcase weights have been creeping up since 2000,” Ms Sharp said.

“The cost-benefit of this will need to be monitored in the face of domestic and global demand for lighter, leaner lambs.”