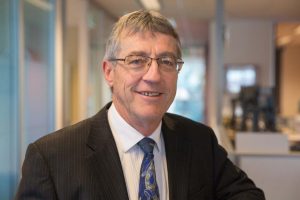 Mr Quinlivan is currently the NSW Agriculture Commissioner and was formerly the secretary of the Commonwealth Department of Agriculture from 2015 to 2020.

The council was established on 1 July this year following extensive consultation with members and includes a producer representative and policy officer from each state farming organisation, five independent members recruited for expert skills and knowledge, and the independent chair.

“As an organisation with national influence, SPA is a leader in the industry and is responsible for looking beyond state borders and jurisdictions and advocate for issues that are not confined to individual regions or enterprises,” she said.

“Despite being one of our oldest industries it is one of the brightest stars in Australian agriculture at present, and I am pleased to have an opportunity to contribute to its future growth,” he said.

SPA said the policy council members will consider how the organisation’s policy, advocacy and leadership functions can be used to address current and emerging risks and opportunities to the industry.

“The sheep meat industry’s on-farm gross margins have never been better, with record prices, low interest rates and a return to good seasons in most districts,” Ms Skinner said.

“There are signs that the flock has entered a post drought rebuilding phase.

“This is the time to embrace a culture of collaboration and innovation in the sheep industry,” she said.

SPA said recruitment for the new council was undertaken by the SPA Board Selection Committee and independent secretariat who made their recommendations for council member appointments to the SPA board for endorsement.