Put your electronic sheep tags in now or later – who knows? 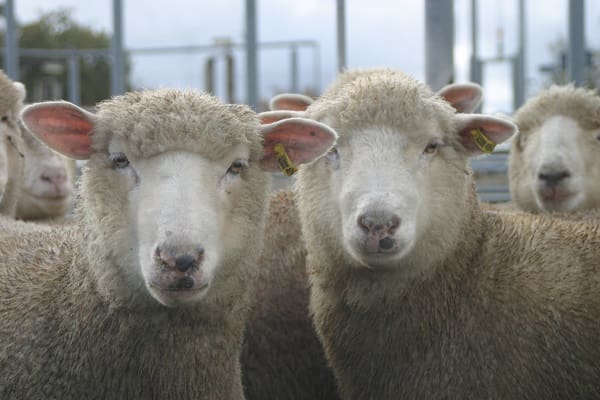 A RECENT development in all states’ commitment to mandatory electronic identification of sheep and farmed goats indicates there might be benefits in producers outside Victoria putting in EID tags in lambs this year.

Victoria is the only state that has mandated EID tag use for sheep and goats as part of the National Livestock Identification System, and producers in other states and territories are waiting for clarification of proposed mandatory national implementation timelines and requirements.

Sheep Central sought clarification on these points in the communique and also on whether deadlines for bilateral co-investment agreements had been set and who was leading the process.

A government spokesperson said: “The Agriculture Ministers Meeting reiterated their previous agreement to work towards mandatory implementation of harmonised tagging requirements for all managed farmed sheep and goats by 1 January 2025.

“This timeframe applies to both managed farmed sheep and goats born on or after 1 January 2025 and to those leaving their property of birth or last property of residence,” the spokesperson said.

However, if the states have agreed, as suggested by the communique, that all sheep and farmed goats leaving their property of birth or last property of residence should be electronically tagged by 1 January, 2025, and if producers want to sell or move sheep of any age on or after that date to another Producer Identity Code (PIC) then they would need to either put EID tags in their lambs from this year or face double tagging – adding an EID tag on adult sheep after 1 January 2025 on despatch, beside the visual tag.

But how committed are the states to the 1 January 2025 timeline?

Two days after the 7 December communique, New South Wale’s Agriculture Minister Dugald Saunders, who initiated early AMM action on mandatory sheep EID in July this year and promised $3.5m funding in August, but who now faces an election in March next year, released a media statement headed ‘NSW TO SET OWN TIMELINE FOR SHEEP AND GOAT ELECTRONIC ID,’ seemingly at odds with the recent AMM 1 January 2025 date commitment.

Under a proposed NSW Sheep and Goat Traceability Reference Group timeline released in October, all sheep and farmed goats in New South Wales would have electronic tags for off property movement by 1 January 2027, followed by a bedding down period, meaning sheep and farmed goats in the state are unlikely to be traceable in line with the National Livestock Traceability Performance Standards until 2027/2028 at the earliest. NSW DPI’s Dougal Gordon presented a draft NSW sheep EID timeframe at a webinar in October, but has it been updated to reflect the AMM commitment?

Mr Saunders has already this week faced hard questioning from western NSW producers opposing mandatory EID tagging of sheep and goats. The 9 December media release is yet to appear on his Dubbo electorate website.

NSW Minister for Agriculture Dugald Saunders put his case for national sheep EID traceability to the NSW Farmers conference earlier this year, but is facing opposition in his electorate.

In his 9 December media statement, Mr Saunders said NSW is currently finalising is implementation plan and will release it in the coming weeks.

“We know a mandatory electronic identification system for sheep and goats will be a key element in responding quickly and effectively to diseases like Foot and Mouth, and we’ll be working closely with industry to roll that out in NSW on a timeline that works for the State’s producers.

“Our timeline will deliver on national and international standards of traceability, and also consider the time our industry needs to invest in changes to systems, skills and infrastructure to make this EID system effective,” he said.

“There’s still a lot of detail that needs to be worked out at a state and national level, including the consideration of national tag tender arrangements and the National Livestock Identification System database upgrade.”

Sheep Central this week asked NSW Farmers what timeline the body preferred and was told by the body’s head of policy Annabel Johnson:

“It is policy, set by NSW Farmers members, that any EID system for sheep and goats be implemented through a staged roll-out over a five-year period.” She made no mention of adherence to the AMM communique timeline.

Sheep Central also asked the state and ACT jurisdictions, including NSW, whether they were committed to the 1 January 2025 timeline outlined by the AMM.

Ms MacTiernan on 9 December said the McGowan Government would put $3.4 million toward new scanning infrastructure at saleyards and other key livestock congregation points and a electronic tag subsidy for producers, to support the introduction of mandatory EID for sheep and goats in the state.

Ms MacTiernan said WA is one of the first jurisdictions to have funding approved to kick start this work, “and we are confident we will receive additional funding from the Commonwealth.” She said disease threats on our doorstep – such as Foot and Mouth Disease – highlight the importance of digital traceability to rapidly respond to a disease incursion.

“Electronic tagging is a must in the 21st century, to better protect our producers and industry.

“WA’s sheep industry is reliant on exports, so we must have modern traceability systems in place to support access, and help promote our world-class production systems to markets,” she said.

“The Department of Primary Industries and Regional Development has been working with industry to understand the infrastructure requirements and technical aspects of moving to an electronic system, to ensure it is approached in a practical and efficient manner.

“This is an important investment to kick start this process, and the McGowan Government will consider further funding to support the implementation of this new EID-based traceability system.”

Australian Capital Territory Minister for the Environment Rebecca Vassarotti said the 7 December communique is “in line with the ACT’s intention.”

“Given the high level of cross border movement of sheep and goats between the ACT and NSW, the ACT Government will work closely with NSW in implementing this commitment.”

“Tasmania supports this approach as an aspirational target to work towards.

“However, the state is yet to finalise its implementation timelines as the findings of a Sheep and Goat EID Implementation Project being conducted by the Tasmanian Farmers and Graziers Association and the Red Meat Industry Steering Committee are yet to be delivered,” she said.

“Once the findings of the project are available, Tasmania will map out our targeted implementation timelines for sheep and goat EIDs.

“There may need to be some flexibility in approach if the infrastructure is not available for this implementation date or other barriers arise, which would affect the success of implementation on 1 January 2025.”

A PIRSA spokesperson said the South Australian Department of Primary Industries and Regions supports the national harmonisation of sheep and goat EID and will continue to work towards the January 1 2025 implementation date.

“However, consultation with South Australian industry stakeholders regarding the implementation of EID for sheep and goat are continuing via the Livestock SA Sheep and Goat Traceability Project funded by PIRSA and the Sheep Industry Fund.

And who is leading the implementation process?

The government spokesperson this week also said: “Some jurisdictions are more advanced than others, which means implementation of these important reforms will be informed by the different starting points of each jurisdiction.

“There is continued commitment for a harmonised outcome to enhance on and off-farm traceability of sheep and goats as soon as possible.”

Mr Watt did not directly address whether he or AMM is leading the implementation process or whether the states are being left to set their own timelines, as indicated by Mr Saunders’ recent media statement.