NSW Farmers intend to make fox control on public lands a state election issue, to build on the government’s gazetting of a pest control order for foxes for the first time. 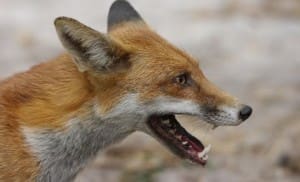 Chair of the NSW Farmers’ Conservation and Resource Management Committee and Ilford grazier, Mitchell Clapham, said at the moment the control order was not enforceable on public lands, which were potential breeding grounds for foxes.

He was hopeful that the new order would encompass public land management, but said NSW Farmers would be lobbying for a review of pest animal control in the state, including a nil-tenure fox control approach – encompassing private and public lands – prior to the NSW state election, proposed for March next year.

“We will be applying pressure to the department to ensure that this is the case.

“We will also be lobbying strongly for a wider review of pest animal control similar to the recent weeds review,” he said.

“We want a review to make recommendations to government along similar lines to the consistent nil-tenure control No pest or weed control orders enforceable on public landacross the landscape of pest animals with consistent enforcement provisions,” Mr Clapham said.

Pest and weed control orders not enforceable on public land

“But we’ve had the weeds review which has put strong recommendations that the government has accepted, which we are hoping will be borne out in the new Biosecurity Act, which will give consistent enforcement provisions across all land tenures.”

He said the national wild dog strategy had a nil-tenure approach but this did not yet apply to fox control.

“What we want to bring out before this election is this issue, this anomaly, because what we need in the new Biosecurity Act is the consistency of control measures and enforcement provisions across all land tenures.”

Mr Clapham said he didn’t expect to see the proposed Biosecurity Act re-introduced to the NSW Parliament before the next state election.

“We would like to see the State Government commit to a review of pest animal control, similar to the weeds review, which would have the capacity then to put positive recommendations to government with regard to nil-tenure and enforcements provisions across the landscape, regardless of tenure.

“So then that comes out in the new Biosecurity Act and we have a real co-ordinated and consistent approach, not only in control but in enforcement provisions as well.”

NSW Farmer has welcomed the commencement of a pest control order for foxes and Mr Clapham said it was very important this destructive animal was finally a declared pest in New South Wales.

Foxes caused millions of dollars’ worth of livestock losses a year not to mention the cost to the environment and economy, he said.

“They also carried diseases making them a biosecurity threat to agricultural systems, humans and domestic pets.

“Farmers were spending vast amounts of time and money controlling foxes and other pest animals and NSW Farmers knew a coordinated approach was needed so that farmers’ efforts were not in vain.”

“You get a far better ‘bang for your buck’ with co-ordinated baiting programs – we know that for wild dogs and feral pigs – and this is why we are going to push for a review of pest animal controls.”