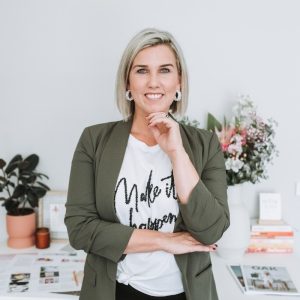 CENTRAL Victorian entrepreneur and publisher Kimberley Furness has won the 2022 Victorian AgriFutures Rural Women’s award for her work in connecting regional and rural women through her OAK magazine.

Parliamentary Secretary for Regional Victoria Danielle Green announced the Strathfieldsaye resident as the award winner at a function in Melbourne last night.

The other finalists in the award were Nikki Davey, from Glenmore, a co-founder of Grown Not Flown, a slow flower movement digital platform, and Deborah Bogenhuber from Irymple, who works with the Food Next Door Co-op to support new migrant farmers grow traditional and culturally important crops.

Ms Furness was acknowledged for her efforts in creating OAK Magazine, an independent print publication dedicated to female entrepreneurs and women in business across regional and rural Australia.

For the state award, she won a $15,000 bursary to grow her publication to span print, digital and audio by working with digital specialists, editors, writers and photographers to amplify the voices of rural Australia. She will now compete for a further $20,000 bursary and the national award, to be announced at a gala event in Canberra in September.

Ms Green said Victoria’s innovative rural women are at the forefront of driving change across the country.

“I congratulate Kimberley Furness for winning this year’s award and look forward to seeing what she achieves.”

Agrifutures Australia managing director John Harvey said the award announcement is an important step in acknowledging the contribution of the outstanding women and shining a spotlight on role models for the next generation of rural leaders.”

“Not only does it champion their projects, but it also allows these inspiring women to discover new opportunities and connect with others through the Rural Women’s Award networks.”