Proposed Young Wool Group wants a say in the industry 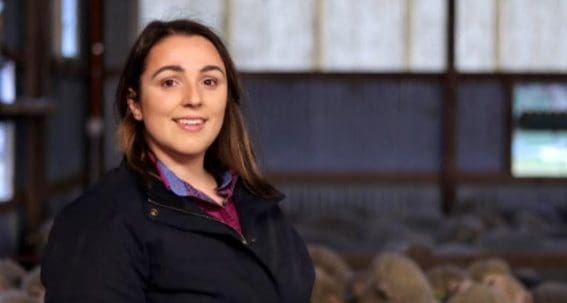 South Australian Monica Ley launched concept of The Young Wool Group on social media last week, calling for expressions of interest from industry people up to 35 years as directors, members and corporate partners.

The 27 year-old is the livestock manager for Canowie Poll Merino Stud, has recently become a director of The Australian Wool Growers Association and next year will participate in Australian Wool Innovation’s Breeding Leadership course.

“I received over 150 responses in the first day.”

Ms Ley said the industry has had youth ambassadors and NextGen representatives as junior participants in established organisations.

“They are not there representing young people within the industry specifically, they are there as a young person in that particular organisation and that’s fine.

“That’s the way it has been done for the previous few decades,” she said.

“But there has been no singular organisation that has been solely dedicated to focussing on the young people in the industry.

“This is a gap that has been identified by myself and several of my associates within the industry.”

Ms Ley said she wasn’t invited to become an AWGA director to represent the industry’s youth and would be maintaining her position on that board.

“The Young Wool Group has no association with AWGA, I’ve been working on this project for six months before I even began at AWGA, it’s completely unrelated.

“Like a number in the wool industries, we all where multiple hats,” she said.

“I’m highly skilled at multi-tasking and like most other people who are presidents of football clubs, they’re stud Merino association members, they do multiple things at once, and it is entirely possible to do that.”

“I think The Young Wool Group and its members will need to be consulted as part of the conversation for future industry decision-making, regardless of what capacity that’s in.

“By 2030, those who are currently under 35 years old will make a majority of the workforce, so they need to be involved in the conversations and discussions regarding decisions that will directly affect them and the industry that they will be a part of in years to come.”

On social media, Ms Ley said she has had the guidance of “industry personnel and mentors” behind the scenes for months to form the group.

Ms Ley said she is funding the proposed group, but she said it will be possible to fund it through memberships.

“There will be membership fees and the fees will go directly toward creating training opportunities, networking events, and other activities and it will basically be run as a not-for-profit.”

Ms Ley expected the group’s website will be launched within days, along with expressions of interest requests for various levels of involvement. There will be whole-of-supply chain on the TYWG board with regional representatives, members, affiliate members and corporate partners, she said.