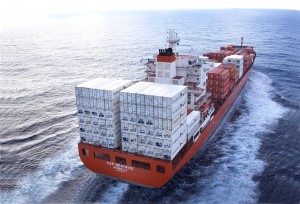 A PROJECT to boost lamb meat exports to China from Western Australia was yesterday formally supported by the WA Government and Meat and Livestock Australia in a new Memorandum of Understanding.

The MOU between WA meat processor V. and V. Walsh and China’s largest sheep meat importer Grand Farm, was also signed by MLA and WA’s Department of Agriculture and Food, building on a 2014 agreement between the two companies.

V. and V. Walsh last year signed an agreement with Grand Farm, also China’s third largest beef importer, that meant the WA processor could supply red meat directly into Inner Mongolia, increasing its annual capacity by 500,000 lambs and 30,000 cattle in the early stages of the project, with scope for further growth.

The project’s estimated value of $1 billion over five years was to include cross investment from the private sector in both jurisdictions over a five-year period, including private Chinese investment into WA to increase lamb and beef production; and into Inner Mongolia, where work is currently under way to develop new processing facilities, an expansive network of feedlot systems, as well as state-of-the-art research and development to support the meat and livestock industry.

WA’s Agriculture and Food Minister Ken Baston said the MOU supported a significant venture examining how new integrated value chains can be designed and developed to increase the opportunities and farm gate return for the WA sheep meat industry.

“The initial milestone has been set at an additional 500,000 lambs per year, but our industry and the market has the capacity for a much higher figure beyond that.

“This marks an important undertaking by industry and government towards continued value chain development, which will increase industry confidence and support farmers to grow their business here in WA,” he said.

China was the largest destination for Western Australian sheep meat (lamb and mutton) in 2013-14, at $53 million. The state processed 2.39 million lambs in 2013-14, with about two thirds of it exported, and about one third consumed on the domestic market.

The MOU agreement represents a significant increase in lamb export quantities to China; more than double the quantities exported in the past two financial years (2013-14/2014-15), with most expected to come from new production. The WA State Government will now working closely with all sectors of industry to facilitate the opportunity for growth in the WA sheep industry.

Calculating WA’s lamb exports as carcase equivalent weight divided by average lamb carcase weight, over the last four years the state has shipped the equivalent of 220,000-230,000 lambs to Greater China per year.

“The tour is part of the $10 million Sheep Industry Business Innovation project, made possible by the State Government’s Royalties for Regions program, to build industry capacity to supply new markets and drive positive outcomes for industry, regional communities and the Western Australian economy,” she said.