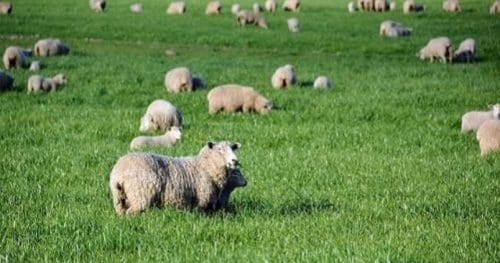 “The increase in livestock production was coupled with record high lamb and beef prices resulting in the highest gross farm income recorded in the fifty years of the project,” he said.

“Timely rainfall throughout the year provided good conditions for crop and pasture growth.

“Despite the decrease in market price received, average wool sheep gross margins increased from the 2018-19 levels.

Mr Henty said surveyed farmers in the south-west recorded higher profits than those surveyed in Gippsland and northern Victoria.

“Average variable costs decreased for surveyed farmers in Gippsland and south-west Victoria, as most were able to reduce their reliance on purchased supplementary feed, coupled with decreased market price of hay and grain.

“Gippsland has had consecutive years of higher average gross margin/ha than the south-west average, mainly due to the fact there are fewer prime lamb enterprises included in the Gippsland dataset compared with the south-west dataset.

“Of the lamb enterprises in Gippsland analysed in the dataset, most cover much smaller areas and therefore skew the $/ha metric.”

Data collected from farm businesses includes farm income and costs for the financial year, trading and breeding details, feed input and production, fertiliser and labour inputs and a complete stock, feed, land and farm machinery inventory, including all farm assets and liabilities.

“Despite an average reduction in stock weight sold per hectare, strong lamb, mutton and beef prices coupled with an increased quantity and value of stock and feed on-hand resulted in increased gross farm income in 2019–20,” Mr Henty said.

Ninety-four sheep, beef and cropping farms located in Gippsland, south-west Victoria and northern Victoria were surveyed as part of the project.

Agriculture Victoria said the results of the annual survey provide a valuable sample of farm-level data for industry and government.

Mr Henty said once the data has been collated and analysed, participants are provided with detailed information on their financial and production performance.

“They can use this information to understand the cash, profit and wealth position of their business to inform on-farm decision making and help to build business resilience.”

However, Mr Henty said results published in the Livestock Farm Monitor Report are not representative of the average industry or regional population as such comparisons between regional tends should be done with caution.

“Each farm business is unique and it is important not to make assumptions that decisions/management practices that determine profit will apply to another farm. Production systems vary between farms as much as the effects of seasonal conditions.

“Therefore the most relevant comparison is comparing your business to itself, over time.”

Limited places are available for the 2020–21 Livestock Farm Monitor project. Individual farms and farm discussion groups who are interested in participating should email Agriculture Victoria at [email protected] for more information.

A copy of the Livestock Farm Monitor Project report can be downloaded here.