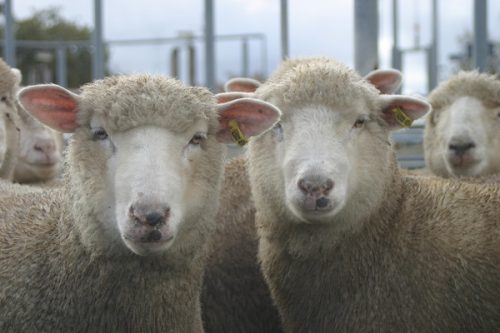 AUSTRALIA’S National Biosecurity Committee will this month receive recommendations on how to implement a national digital/electronic identification system for sheep and goats.

Mandating the individual digital/electronic identification of livestock in Australia is a key recommendation among five presented by SAFEMEAT to the NBC in March last year.

Victoria is the only state with mandated EID for sheep and goats within the National Livestock Identification System. Cattle EID is mandated nationally.

Chair of the NBC’s National Livestock Traceability Enhancement (NLTE) Working Group, Dr Sarah Britton, has told Sheep Central that a paper outlining recommendations for how sheep and goat EID could be implemented nationally will be provided to the NBC “by the end of the month.”

However, the working group was tasked with identifying potential implementation models, not how a sheep and goat EID system could be mandated.

– the establishment of a regulatory or statutory entity responsible for managing Australian livestock traceability,

– investment into a database capable of handling all FMD susceptible livestock species,

– creating an equitable funding arrangement for both the establishment and ongoing maintenance of the system and,

– that a consultation Regulatory Impact Statement be conducted to fully assess the impact of these recommendations to provide a fully costed decision paper to AGMIN.

Dr Britton’s working group has been tasked by the NBC to address only the first and third SAFEMEAT recommendations. She said work on the first recommendation “is in progress.”

No obstacles to implementation of the first and third SAFEMEAT recommendations had been encountered by the working group, Dr Britton said.

Sheep Central has been trying to determine what progress has been made on the SAFEMEAT recommendations after the Department of Agriculture, Water and the Environment said the NBC expected to provide advice to agriculture ministers later this year. Sheep Central has been denied an interview with NBC co-chair Andrew Tongue and has been told Dr Britton does not sit on the committee.

Dr Britton said the recent Australian Chief Veterinary Officer’s report highlighted the risk of the probability of an internationally-notifiable incursion entering Australia in the next five years is 42 percent.

“Livestock traceability is vital to enable rapid tracing to limit the spread of disease.

“It is important that industry and Government nationally, work together to achieve continual improvements to ensure an efficient and high-performing traceability system,” she said.

“It is for NBC to consider the recommendations for potential national implementation of EID models and to then determine which advice to provide back to industry via SAFEMEAT.”

Sheep Producers Australia has said evidence in the NLIS (Sheep & Goats) Traceability Evaluation report has galvanised its support of five reform recommendations, presented by SAFEMEAT to the National Biosecurity Committee (NBC) in March 2020.

SPA chief executive Stephen Crisp said the body wanted continuous improvement in traceability to meet future challenges, but this needed to be looked at in partnership with governments and what costs are borne by producers and government as part of our partnership.

“This is what should come to light as part of the RIS process,” he said.