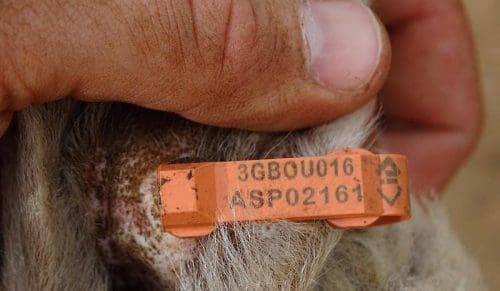 PRESSURE is mounting on Australia’s federal and state governments to finalise a cost-sharing arrangement for a national mandatory sheep and goat electronic identification system after financial commitments by at least two state governments.

The Federal Government has made a $46.7 million livestock traceability commitment comprising $20.1 million for Special Purpose Payments for co-investment with states and territories to support industry traceability improvements, including to support transition to a nationally harmonised individual electronic identification system for sheep and goats. The remaining $26.6 million will be spent on upgrading the livestock traceability database as part of broader traceability reform.

In August last year, NSW Agriculture Minister announced that $3.5 million of the state’s $65 million investment in biosecurity measures would go toward driving forward plans for a national mandatory sheep and goat EID system. Last month he announced a grants scheme for saleyards and processors to plan for EID modifications and infrastructure and said the state “is continuing to work with the Commonwealth Government to finalise a cost sharing model to support the broader roll out of the mandatory electronic identification for sheep and goat producers in NSW.”

Last month, former WA Minister for Agriculture Alannah MacTiernan said the McGowan Government would put $3.4 million toward new scanning infrastructure at saleyards and other key livestock congregation points and an electronic tag subsidy for producers, to support the introduction of mandatory EID for sheep and goats in the state. She said the government is “confident we will receive additional funding from the Commonwealth.”

Last week, Federal Minister for Agriculture Murray Watt deflected direct questions about progress on a federal-state cost-sharing arrangement; including whether he thought $20.1 million would be sufficient, or whether the Federal Government was prepared to contribute more if necessary.

He also would not comment on when he believed a national cost-sharing formula or arrangement would be completed or whether it would be based on the principle of first-in best-dressed.

Instead, the minister referred Sheep Central to the Department of Agriculture Forestry and Fisheries which is finalising arrangements with state counterparts. A government spokesperson reiterated the $20.1m commitment and said discussions are currently underway between the Australian Government and all jurisdictions to ensure distribution of Commonwealth funding is equitable.

Mr Watt was also silent on what would be done to maintain or improve the existing visual tag mob-based EID system for sheep and goats while the national mandatory EID system is finalised – which on current proposed timelines might not be until 2027.

“Australia’s current livestock traceability systems are world-class and effective, and we need to ensure they remain fit for purpose and able to adapt into the future.”

The spokesperson said all species and arrangements will continue to be maintained and supported as the system evolves over time.

Livestock SA president Joe Keynes suspected the Federal Government is waiting to hear what all of the states would require from it in a cost-sharing arrangement.

Although Mr Keynes estimated that the $20.1 million might be “a portion” of what would be required, he said: “I’ll wait to see what the numbers are for South Australia”

Bearing in mind the possibility that NSW and WA would seek matching funds for the $6.9 million they had committed, Mr Keynes said: “I think anyone that’s doing the maths would be thinking well, ‘Is this ($20.1m) enough?’

“I think we would be hopeful that there would be ongoing investment (from the Federal Government).”

Mr Keynes said it is too early to expect the Federal Government to declare how much it is prepared to commit to cost-sharing with states.

He said South Australia’s Sheep Traceability Steering Committee will meet tomorrow to discuss its draft report on a mandatory sheep and managed goat EID system rollout, including its costing and cost-sharing component, and a proposed implementation plan.

Tasmania is this month still taking feedback on a draft report on a mandatory sheep and goat EID rollout in the state presented to industry groups last month.

As part of the proposed implementation of sheep and goat EIDs, the Tasmanian Red Meat Industry Development Steering Committee, supported by the TFGA, has commissioned a report to investigate implementation challenges for Tasmania. The draft report was discussed in depth at an industry workshop in late December 2022, including representatives from Biosecurity Tasmania.

Tasmanian Farmers and Graziers Association chief executive officer Hugh Christie said discussions at the workshop identified critical issues for implementation to ensure the proposed role out of EID is effective, including the need for a harmonised approach, particularly given the amount of trade in lambs for backgrounding and finishing across Bass Strait, and the need to ensure the implementation process is as efficient and effective as possible (including assistance where possible).

“These considerations will also need to address issues raised by workshop participants around other issues such as on farm safety around tagging of older, larger animals and any welfare issues associated with the tagging of older stock.

“The success of these measures will influence the ability of Tasmania to meet the target agreed by Agricultural Ministers in December 2022 of working towards the implementation of EIDs in January 2025, with the TFGA’s focus on ensuring that implementation is meets expectations of our members and the industry, rather than a specific date driving a sub-standard outcome for sheep and goat producers,” he said.

Sheep Central believes that Tasmanian industry groups discussed the benefits and disadvantages of various implementation timelines and any impacts on cost-sharing funding and EID equipment availability.

However, said as the report is currently in draft form, under review and subject to change, it would not yet be appropriate for the TFGA to provide detailed information or conclusions in the draft report.

“We understand the importance of providing accurate and comprehensive information.

“The report’s release is part of the decision-making process, and we understand the importance of having the report available to the public,” he said.

“We are working closely with industry, the government and relevant agencies to ensure it is successfully used to inform policy development and decision-making.

“The TFGA’s focus is on ensuring that implementation meets the expectations of our members and industry, rather than a specific date driving a sub-standard outcome for sheep and goat producers.”

Mr Christie said efforts continue to be made toward the implementation of EIDs.

“We are committed to supporting members and industry, and would urge all stakeholders once the report is completed to consider and review the recommendations made to achieve a positive outcome for the industry.”