Following preliminary research results indicating there was pain associated with sheep freeze branding, the animal welfare bodies have renewed calls for the latest review of the NWD to incorporate new breech modification categories.

Sheep Central sought the bodies’ positions on sheep freeze branding, as the procedure’s current definition as a non-mulesed process on the NWD is likely to be examined in the AWEX review, which closes off for submissions on 6 April.

WPA chief executive officer Jo Hall said in WoolProducers’ submission to the last NWD review, the body recommended there be no change to the NWD until all relevant information on sheep freeze branding is available and can be considered properly.

“WoolProducers strongly believes that this review is premature.

“According to AWEX’s own NWD FAQs, it clearly states that the NWD is only about mulesing status and dark and medullated fibre risk,” she said.

“If AWEX are considering adding additional information to the NWD it is incumbent on them to do a comprehensive industry wide review of the objectives of the NWD and its associated Integrity Program.

University of Melbourne researcher Dr Ellen Jongman recently concluded in preliminary research results that freeze branding with meloxicam pain relief appears to be more painful than tail docking and castration alone, and similar to mulesing with meloxicam, on the day of application.

However, it is not known exactly when the final results of the research will be widely available and the National Council of Wool Selling Brokers of Australia has also sought an extension of the review after being advised the peer-reviewed preliminary research results would not be available until late May. 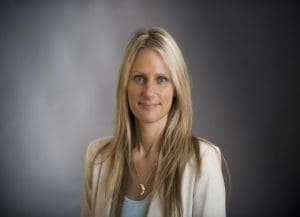 “We continue to stand by our recommendation to them that any breech modifications must be categorised separately from non-mulesed ‘NM’ wool.

“We strongly support the addition of the proposed ‘Alternative Methods (AM)’ category for breach modifications such as sheep freeze branding to ensure Non-Mulesed (NM) is kept separate and is easily identifiable to buyers,” she said.

“So it is crucial for AWEX to classify these painful breech modifications separately in the NWD, in the Alternative Methods category, whether it be sheep freeze branding or another form yet to be released.”

Ms Dolphin said sheep freeze branding also still leaves the sheep at risk of body strike and is not a whole-body solution.

“HSI does not support any form of breech modification to counteract flystrike when there is a better way to manage it – by breeding plain-bodied flystrike resistant sheep which are not predisposed to the painful condition caused by blowflies.

She said the independent report – Towards a Non-mulesed Future – released last year showed that many wool growers are already benefiting from this genetic solution and eliminating the issue of flystrike and mulesing.

The RSPCA’s senior scientific officer for farm animals, Melina Tensen, said the latest NWD review is again an opportunity to ensure the NWD is transparent and provides wool buyers with the ability to make fully informed choices about the wool they seek to purchase.

“The previous NWD review failed to address the identification of wool from animals that had not been mulesed, as per the definition of mulesing, but had been subjected to an alternative breech modification procedure.

“It is now time to introduce an ‘alternative method’ (AM) category, as proposed in the AWEX ‘members’ update’ of 18 February 2020.

“It is important that wool buyers who are seeking to source wool with good animal welfare credentials can easily identify that product,” Ms Tensen said.

“As such, any breech modification method must be declared.”

Ms Tensen said without an AM category, wool from animals that have undergone sheep freeze branding, or any other form of breech modification, cannot be identified.

“This is not consistent with an industry that seeks to engender trust in Australian wool.”

“They reiterate the consensus from the animal welfare community that breech mutilations cause significant pain, unnecessarily inflicted despite the viable pain-free alternatives available.

“Many of us have experienced with our own eyes just how effective and viable the genetic solution to flystrike is across Australia,” Ms Medcalf said.

She said growers are having great success with genetics, achieving bare-breeched, smooth-skinned sheep that are resistant to flystrike. This success was recently qualified through BG Economic’s report ‘Towards a Non-Mulesed future’.

“Should the NWD continue to classify wool from sheep that have been freeze mulesed as non-mulesed (NM), it would not only do the thousands of producers who are striving for better animal welfare and more sustainable businesses a disservice, they’ll be putting the credibility of the NWD itself at risk.”

Ms Medcalf said FOUR PAWS continues to stand by its recommendation to AWEX, that any breech modifications must be categorised separately from non-mulesed ‘NM’ wool, and instead put into an Alternative Methods (AM) category.

“The wet conditions currently affecting many sheep farms across Australia further highlight the need for the wool industry and vital initiatives like the NWD, to work together to encourage solutions that provide whole body protection to flystrike.”

NWD information flow must be efficient

The Schneider Group’s chief sustainability officer Willy Gallia said the company wanted to make sure the flow of information growers on the National Wool Declaration is efficient “and this has not been the case so far”.

He said the Schneider Group has always asked for a clear differentiation on the status of wool on NWD, including the specification of wool from freeze branded sheep as being different from that from non-mulesed sheep.

“This is the main focus we stress as a group, then the market will decide considering studies such as the one from the University of Melbourne, or perhaps a more robust study,” he said..

Mr Gallia said the Schneider Group would again be hosting the Wool Connect conference on 7-9 September this year.

“Our motivation behind Wool Connect is effectively to enhance communication, dialogue, consensus and free access to first-hand information in an effort for increased transparency within the industry.”

NSW non-mulesed wool grower and former AWEX board member John Keniry said many animal welfare studies rely on inferential analysis, so do not always directly relate cause and effect.

“Rather, they are measuring an indicator which the researchers believe is correlated to an outcome such as pain.

“If the conclusions of such studies are to be relied upon, I think as a minimum, the results should be published in a peer-reviewed reputable journal,” he said.

“That process will take more time than is available to AWEX for the current NWD review.

“So, I think the review needs to proceed without waiting for the University of Melbourne results to be finalised, per-reviewed and published.”

Mr Keniry believes growers should be asked to declare if the breeches of their sheep have been modified in any way other than by tail docking – Yes or No?

“If the answer to 1 is yes, how has the breech been treated/modified? Mulesed without pain relief, mulesed with pain relief, freeze-branded? Other modification?

“If the issue is approached in this way, it will be up to the buyers of the wool to determine how this will be dealt with in the market, and up to the scientists and animal welfare groups to argue about the relative merits of each treatment,” Mr Keniry said.

“AWEX will not have to engage in those arguments, which will likely change over time in any event as technology changes.

“By opting for transparency in this way, AWEX would, I believe, address the real issue of concern to consumers,” he said.

“That real issue is not in my view whether the sheep has been mulesed; rather it is whether the breech has been modified or not modified.

“The industry so far has run with “mulesed” and “non-mulesed” because historically they were the only two options,” Mr Keniry said.

“Now that we have more options, we should be prepared to provide more detail.

“And by providing more detail, we will avoid people trying to pass off wool as non-mulesed even if it has been breech-modified, but not literally mulesed.”