IT was another disappointing week for the spot auction market, with most Merino qualities easing by 80 cents.

The forward market traded in a wide range, but in line with the cash market. Growers were able to hedge prior to the auction at what looked like modest discounts for 18 micron of 1200 cents, for 19 micron at 1060 cents and for 30 micron at 380 cents, but this proved 40-60 cents over cash by the week’s end.

Post-sale activity improved Thursday. Bidding was tentative early, but under better competition saw levels rise to within 15-20 cents of cash, leading to 15 tonnes being traded in the 19 micron index at 975 cents for October and at 980 cents for November. Spring and early summer closed on a reasonably positive note bid for 19 micron at 970 cents and for 21 micron at 870 cents when considering the magnitude of the falls this week.

We expect this bidding activity to continue into the early part of next week. Exporters and processors seem to trying to keep a tight and balance book with volatility like to with us for some time. This will likely create opportunities for growers to hedge nearly flat to cash out to the Christmas recess.

A chart for uncharted waters. 19.0 micron volatility over the last 40 years 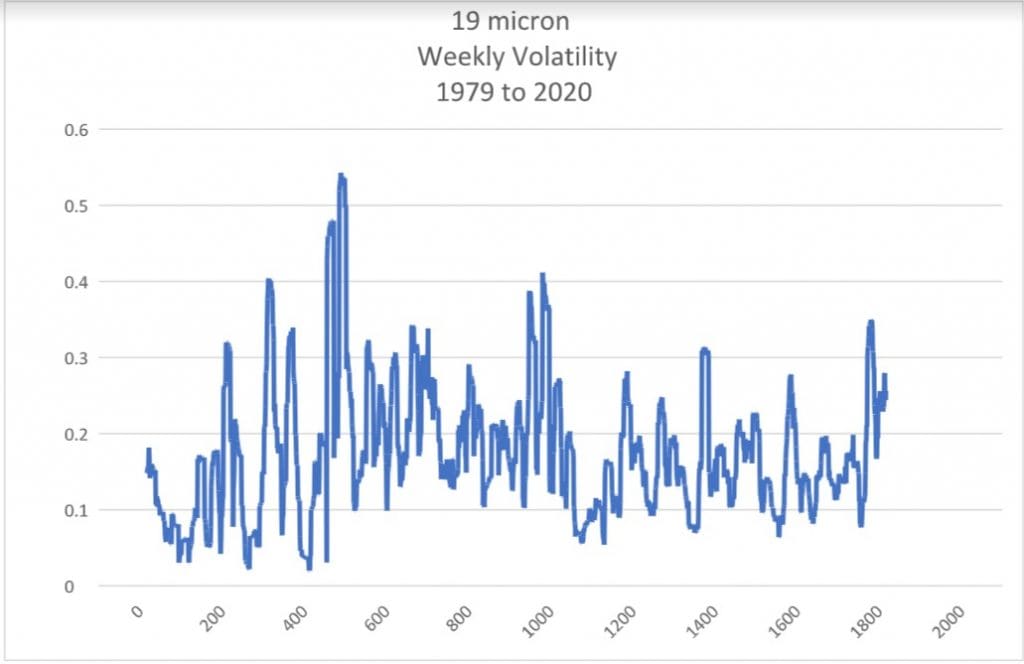