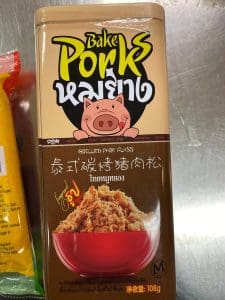 AUSTRALIAN authorities have issued a recall for a pork product after the discovery of Foot and Mouth Disease viral fragments in products on sale in Melbourne.

The meat product discoveries have prompted the Department of Agriculture, Fisheries and Forestry to increased its surveillance and testing of meat and other animal products, at the border and through targeted checking of retail outlets.

The department said some pork products have been removed from supermarket shelves after viral fragments of FMD and African Swine Fever were detected during testing.

This finds do not change Australia’s disease-free status for FMD and ASF, DAFF said. This is not the first time that routine testing has identified viral fragments in seized products and does not change Australia’s FMD and ASF status and the finds do not mean there has been an incursion, the department said. There is no threat to human health from these diseases and the country is still considered free of FMD and ASF, DAFF said.

The department said during a recent purchasing and testing campaign of food for sale in supermarkets around Australia, one sample tested positive for FMD and ASF viral fragments, although the test does not indicate live virus. This sample was from pork floss offered for sale in Melbourne.

Pork floss is a processed, dried meat product that can be imported if it meets strict import conditions that mitigate the risk of exotic diseases, including ASF and FMD. The product was processed, but investigations have not found evidence that the treatment was to Australia’s requirements.

Officers have now seized product from all linked supermarkets and a warehouse in Melbourne. The pork floss product on the shelf.

The department said if the public had any of the pork floss product it should be returned to the Department of Agriculture, Fisheries and Forestry office in their capital city. If they are unsure about a concerning product or would like further information, they should contact the department.

A number of other pork products for retail sale around Australia have tested positive for ASF viral fragments. Officers are in the process of securing products and undertaking investigations. Further information will be provided when these investigations have been completed.

The department has also been testing meat products seized at the border from travellers and through the mail.

Recently a passenger was intercepted with a beef product. When prompted by a biosecurity officer, the passenger declared a number of items of biosecurity concern at the border and was issued with a warning. The seized beef item tested positive for FMD viral fragments.

The department said the public, retailers and importers are asked to be vigilant in their purchases, to play their part in protecting Australia from these terrible diseases.

The government will continue to step up this surveillance activity and will prosecute breaches of biosecurity rules to the full extent of the law. This is across all pathways, not just travellers through airports, DAFF said.

The department said pig owners must not feed meat, animal products or imported dairy goods to their pigs. This is called swill feeding and is illegal throughout Australia.

Foot and mouth disease is considered one of Australia’s greatest biosecurity threats to livestock and an incursion of FMD or ASF would have severe consequences for Australia’s animal health, trade and economy and our regional communities.

Breaches of Australia’s biosecurity are taken very seriously. Penalties for those who do the wrong thing include imprisonment for up to 10 years or a fine of up to $1,110,000 (or $5,550,000 for corporate entities) or both.

Everyone has a role in preventing harmful pests and diseases from entering Australia, the department said.

DAFF said if people are travelling, importing goods or ordering goods through the mail, they should be aware of what is permitted entry to Australia. They can do this by checking the website at https://www.agriculture.gov.au/biosecurity-trade/travelling/bringing-mailing-goods.

The department can be contacted on 1800 900 090 or online at https://www.agriculture.gov.au/about/contact/online-enquiry.

Other recent incidents in which FMD viral fragments were found included: