VICTORIAN sheep producer and garment label owner Peter Small is not alone in thinking that Australia’s depressed wool market represents an opportunity – for any wool growers with cash to invest.

He believes Australian wool growers with available funds should consider buying wool, and some producers are already considering it as auction prices sit at their lowest level since 2002.

He said before Australia’s Reserve Price Scheme for wool and while visiting processors in Biella, Italy, in the 1990s, as wool prices collapsed, it was common for plant workers to buy and store bales of Australian wool in their car garages.

“They would sit on them and then sell the wool once the market recovered.”

Mr Small said there had been a major retraction in the wool market — about 60 percent down from 2088c/kg in late 2018 to an AWEX Eastern Market Indicator of A858c/kg clean this week — which meant that “the bottom” was near.

“I’ve been saying for some time that I think the market will bottom at 800 cents and I’ve been saying that because I know from my own commercial experience of buying wool for Toorallie and when it get down there, I think it is at a price where you would be wanting to buy two years’ supply rather than one years’ supply.

“So if that’s motivating my thinking, that’s going to be motivating a whole lot of people around the world,” he said.

“What I am saying is that we are getting near the bottom, and once the bottom is reached you, when you get a 60 percent retraction, you can actually get quite a bounce back.

“You might have to wait a while for it, but it will bounce back, I think we can be sure of that,” he said.

“What I’m suggesting is that growers who have cash in the bank and are probably only earning one percent on it – I wouldn’t suggest this to anyone who is borrowing money – I would suggest they should be thinking very seriously about talking to their broker about buying a parcel of wool.

“I wouldn’t do it without discussing it with your broker,” Mr Small said.

“So buy a parcel of wool, and bear in mind you might have to sit on it for 18 months, but when the market bounces you could double or triple your money.

“There is no other investment that has that chance and it is pretty safe because it is very unlikely that the market can go much below 800 cents.”

Mr Small said the market might fall lower for a short time, but this would bring more people into the market.

“Because the market is so low, there is a lot of enquiry from people who have moved out of wool because it was too expensive, they are now thinking about coming back in.

“That’s not turning into orders yet, but it is showing an interest,” he said.

“So I think it is a pretty safe bet for growers to take a position.”

Mr Small believed wool exporters already had “enough on their plate” to take on further quantities. 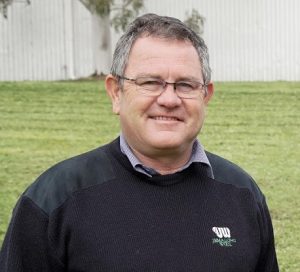 National Council of Wool Selling Brokers of Australia president Rowan Woods said there had already been enquiries from growers thinking about buying wool.

“They are only really kicking the tyres at the moment, but a few people have asked the question ‘would it be worth buying wool at the moment?’

“It probably would, because it is probably as cheap as it is going to be for a while,” he said.

“The answer is that good cardings (Merino locks and pieces) would represent good value when you think about where they were a year or two ago and where they are now – things that will gain in value.

“The other thing that would probably represent good value are the things that are very cheap compared to where they were in what we would call normal times,” he said.

“And normal times were only a year ago when the market was at 1700-1800c/kg and everyone was happy, buyers were buying, sellers were selling, and we had competition right across the auction room.

“Growers were willing to meet that market, 1700-1800c/kgs was eminently achievable and it is also the level that the market seems able to support,” he said.

Mr Woods said some growers are already technically buying wool now, because they are holding their own clips for later sale.

“That means they are basically saying we think it is worth more later.”

But he said some growers, especially those coming out of years of drought, have to sell.