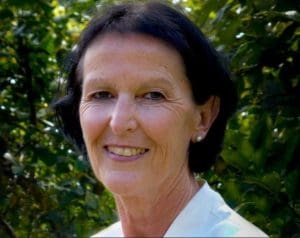 The Victorian Government said Ms Stone will bring extensive experience spanning government, industry and the community to the role, with skills in stakeholder management, governance and regulator performance. She also owns a farm, running crossbred sheep in the Otways.

Ms Symes said Victoria produces more than 20 percent of the nation’s meat exports and about 16pc of seafood exports.

“It’s crucial we’re ensuring that food is safe for us here in Victoria as well as for our export markets.

“I look forward to working with Alison Stone who will be invaluable in her new role – bringing substantial knowledge of government and a wealth of stakeholder management experience to the table.”

The State Government said under Ms Broad’s leadership, PrimeSafe has played a key role in assuring market and consumer confidence in high-quality products. Notably, there have been no major food safety incidents associated with the industry over this time, which has been critical to the ongoing success of the industry.

Ms Symes thanked Candy Broad for her commitment and dedication to leading PrimeSafe and ensuring the safety of Victorian meat and seafood has been paramount over the last three and a half years.

Primesafe will also be responsible for overseeing some parts of the recently implemented Kangaroo Harvesting Program in Victoria. The new program only permits kangaroo meat to be harvested for pet food and supplied to PrimeSafe licensed Pet Meat Processing facilities (knackeries).  Harvesting of kangaroos for human consumption remains prohibited in Victoria. Information on the new program to be administered by the Department of Jobs, Precincts and Regions (DJPR) is available here.

Field Harvesters (shooters) of kangaroos do not need to be approved by PrimeSafe as they must be when harvesting wild deer.  They instead must be authorised by the DJPR. All queries, complaints and concerns on this Program should be emailed to kangarooharvesting@ecodev.vic.gov.au or by calling 136 186.