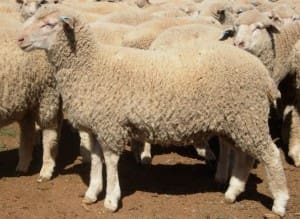 THE online lamb sell-off continued across Australia last week, with more than 60,000 store and sucker lambs offered on AuctionsPlus.

AuctionsPlus sheep and lamb numbers continued to remain high last week, with of 88,409 head listed, only 3,500 fewer than the previous week.

Lambs and suckers dominated the online sales, making up 68 percent of all listings. 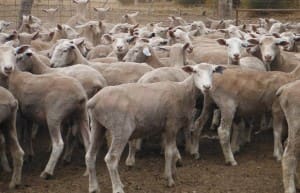 A large offering of Merino wether lambs made $25-$89 and an average of $64 with the top price paid 690 unshorn August-September drop Wanganella blood lambs, 18.2kg cwt and mostly score 1, from Nyngan taking the top price. At Nareen in south-west Victoria, 4620 unshorn August/September drop Merino lambs, 9.5-11.5kg cwt and mostly score 1, made $53-$63.

Young Merino ewes sold for an average of $105 on AuctionsPlus last week, with ready-to-join 14-16 month-old late July shorn Caroonboon blood ewes, 48.5kg lwt and mostly score 2, at Hay, NSW, selling for the top price of $127. Proven Merino breeders ranged in price from $82 up to $157.50 for 470 2.5-5.5 year-old Mumblebone blood ewes at Gilgrandra, NSW. They were February shorn, 68.8kg lwt and mostly score 4, and scanned in lamb at 139pc to White Suffolk rams. They were one of only two lots of joined or scanned ewes sold this week. Aged ewes remained steady, averaging $88. A line of unjoined 5 year-old November shorn Toland blood ewes, 61,2kg lwt, sold for the top price of $105.

First cross ewe lambs sold to $172 for 7-8 month-old May drop late October shorn draft weighing 51kg lwt from Mangoplah, NSW. Young breeders sold for an average of $184 and up to $197 for 195 14-15 month-old joined mid-October shorn hoggets at Tooraweenah, NSW, that weighed 59.8kg lwt and were mostly score 3. These scanned 144pc in lamb to White Suffolk rams.

The NLRS said quality was generally good in the trade and heavy shorn lambs, though there were more secondary and store lines of varying quality yarded. There were fewer trade and heavy weight lambs and more shorn new season lines.

The National Livestock Reporting Service quoted its Eastern States Daily Indicators as firm to slightly cheaper after Friday’s saleyard sales. The ESDIs for lamb, daily and weekly changes, were: restocker 522c/kg, down 1 cent, down 20c; Merino 439c/kg, no change, down 34c; light 485c/kg, down 3c. down 20c; trade 505c/kg, down 2c, down 19c; heavy 523c/kg, down 1c, down 10c. The national trade lamb indicator closed down 2 cents to 505c/kg and the heavy indice finished the week at 523c/kg, also 2 cents lower.

The ESDI for mutton was firm on 292c/kg on Friday, but lost 27 cents for the week, and the national mutton indicator was steady on 291c/kg.

At the Griffith saleyards on Friday, the agents yarded 7600 lambs and 3750 sheep.

The NLRS said with no sale held last week, numbers increased significantly. Lamb quality was similar to that of previous sales with well-finished and plainer pens yarded. Most of the usual buyers competed in a cheaper market.

The NLRS said most lambs were showing the effects of the season; lacking carcase weight and finish. Not all the regular buyers attended, and this, combined with the plain quality, resulted in a cheaper market.

Prices reached $136.50 for a pen of three heavy lambs. The supply of quality trade and export lambs was very limited, and only about a dozen pens sold from $120-$136.50. The bulk of the yarding comprised plainer conditioned lightweight lambs which mostly sold from $84-$105. Bigger lines of shorn store lambs held their value, with the best making $97-$105. On a carcase basis, a range of 450-500c/kg covered most lambs sold to processors.

The mutton sale also suffered a significant price correction of $10-$19, with very plain and lightweight ewes the most affected at $14-$48. Heavy crossbred ewes sold from $60-$80. The best sheep price of $99.50 was paid by a restocker for a line of young Merino ewes.